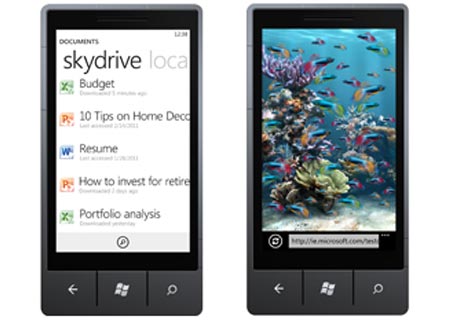 After the death of Symbian and Nokia’s surprising dive into Windows Phone 7, everyone’s obviously eager to see what comes out of the Nokia-Microsoft partnership. Microsoft’s been sketching out Windows Phone 7 with its updated features for 2011 and IE9, copy/paste functionality as well as a new wave of multitasking applications are just the beginning.

The said copy/paste update is coming next month and Microsoft also pictures a significant volume of Nokia Windows Phones out in the market next year. IE9 will be made available for the mobile platform within the latter half of 2011 and users can look forward to additional multi-tasking facilities too. Although, figures are being projected with a lot of enthusiasm, it’s clear that Android brings a shiver to Microsoft’s pants.

“We’re in the race – it’s not a sprint but we are certainly gaining momentum and we’re in it for the long run,” expressed Achim Berg, a corporate vice president in Microsoft’s Mobile Communications Business and Marketing Group. “We know we have tough competition, and this is a completely new product. Our design is different, our platform is different, our customer experience is different, and our long-term strategy for earning widespread adoption is different.”

To be fair, Windows Phone has not been around long enough to actually think provide enough competition to Android, but we have all the time in the world to wait and watch what happens. Among the other developments for 2011, the OS will offer Twitter integration right into the People Hub and there will be support for Office documents in the cloud.

Microsoft’s number crunching puts it at 2 million phone licenses sold within the Windows Phone 7’s first couple of months out in the open. The app marketplace is populated by over 8,000 applications and there are 28,000 registered developers. And we’re yet to see whether the partnership with Nokia’s manages to play quite heavily on the figures.