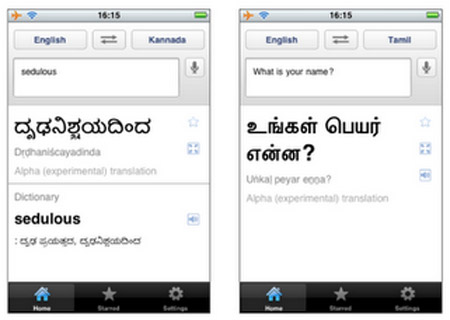 Bringing the total support count to 63, the Google Translate for iPhone app now comes with 4 new languages namely Bengali, Gujarati, Kannada, Tamil and Telugu. These Indic languages were first developed and released back in June as experimental alpha versions on PCs as well as the webapp for mobile browsers.

According to the Google Translate blog, dictionary results of each word can be viewed from these languages. And disregarding the fact that some of the script may not be readable, the app will display romanizations which makes the translation somewhat understandable. Additionally, being in experimental stage, the appearance of untranslated words in some languages are inevitable. 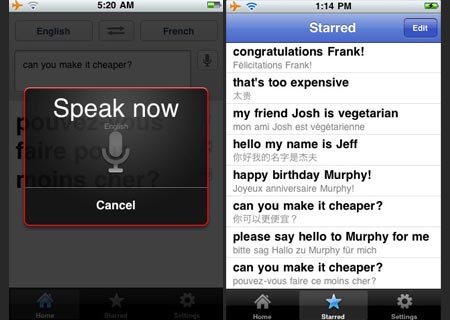 “Since these are still experimental alpha languages, you can expect translations be less fluent and include many more untranslated words than some of our more mature languages—like Spanish or Chinese—which have much more parallel data to power our statistical machine translation approach. Despite these challenges, we believe users will find these new languages helpful and we’re excited to be making them available through the Translate app,” stated Jeff Chin, Product Manager, Google Translate.

At present, users can utilize the voice input feature in 17 different languages and 24 for the text-to-speech option from a total of 63. The update also comes with support to iOS 5, in addition to Bengali, Gugarati, Kannada, Tamil and Telugu. Around a month ago, the Android platform received an update with new languages like Brazilian Portuguese, Czech, Dutch, French, German, Italian, Japanese, Korean, Mandarin Chinese, Polish, Russian and Turkish.

The Google Translate for iPhone is already up for download on the Apple App Store for free.