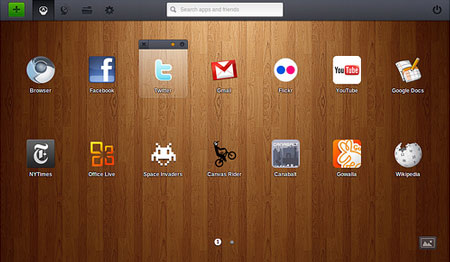 Early this week, Jolicloud said they were refreshing the juicy promise of turning any old PC into a cloud device. The official Jolicloud blog has now announced the launch of the Joli OS 1.2 along with the Jolicloud desktop. The company also has a Jolicloud Chrome app out in the Google Chrome Web Store.

The desktop UI has been totally refurbished and things like app sharing are simple to pin down. Files are easily accessible from any Jolicloud desktop with the ability to link a Dropbox account with Jolicloud. And the Launcher can be decorated with just about any user-created app which may be generated by typing in the URL of a site.

Each user gets a public page that enables sharing of web apps or services with others and it’s something which can be deactivated right from settings. The re-branded Joli OS can be set to sit along Windows if necessary and it’s compatible with an umpteen number of portable PC devices.

It also looks like the mobile space may welcome this OS as Android and iPad apps in the future. There’s support for Firefox 4 and Safari 5 as a web app too.