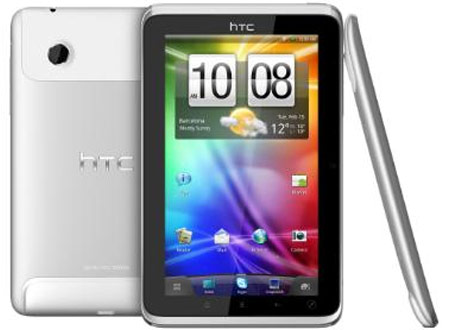 The HTC Flyer tablet running Gingerbread, will now be seen receiving a Honeycomb update for enhancing the user experience. This upgrade comes for the GSM version of the Flyer and will only be available in Europe for now. Owners of the tablet’s Wi-Fi sibling shouldn’t feel left out since the company has announced that they can expect a Honeycomb update to arrive ‘soon’.

The HTC slate wraps in a 7-inch 1024 x 600p TFT capacitive touchscreen and comes along with dual cameras. The rear panel of this gadget is fitted with a 5MP snapper, while the front facing one reads 1.3MP. Sporting a 195.4mm x 122mm x 13.2mm body, this slab houses a 1.5GHz Qualcomm processor which is backed by 1GB of RAM.

As far as connectivity is concerned, the tablet proffers Bluetooth 3.0 with A2DP support. Plus, the basics are also in place with GPS, a standard 12-pin microUSB port and a 3.5mm audio jack. The Android tablet ships with an optional digital pen to make working on the touchscreen more easy and convenient. 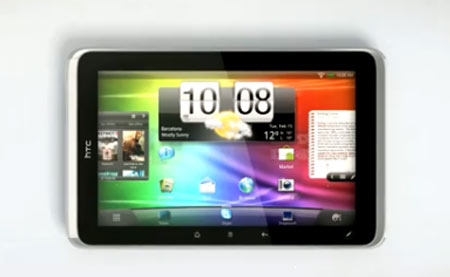 A post on Ubergizmo shares that the update will bring with it other additions apart from the sweetness of Honeycomb. With the latest version of HTC Sense, users will be able to enjoy an enhanced internet browsing experience as well as improvements to Mail, Calendar and more.

As mentioned earlier, the HTC Flyer Honeycomb update is now stepping out for the GSM variant of the tablet in Europe. Additionally, owners of the Wi-Fi version of this slab should be on a watch out for further details about the refresh that may be coming their way sooner than later.