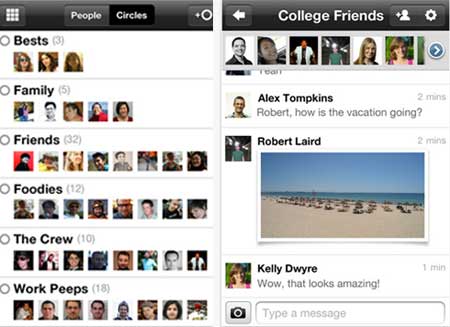 The Google+ for iOS update has just surfaced and it has brought in a couple or more features to enhance the mobile experience on the SNS. The new enhancements allow people to conduct searches as well as upload full resolution images. So now, users can simply type in the name of a friend they are looking for in the search box, instead of having to browse through a list. Apple gadgets running iOS 4.0 or later covering the iPhone, iPod touch, and iPad are eligible to download the latest update.

Christened as version 1.0.7.2940, this download also brings in regular tweaks like bug fixes and upgrades for improvements in the performance of the software. Additionally, users can upload full resolution snaps for their family and friends to view. Google+ members will also have the ability to +1 photographs. When viewing snaps in the stream, the window will sport a +1 sign on the upper right-hand corner so it can simply be tapped for giving the thumbs up to images. 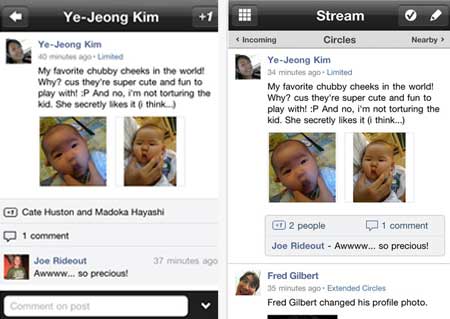 Google+ for mobile is complete with Circles which allows users to seamlessly share and stay connected with family and friends on the network. Google+ account holders can read up updates from Circles and look into trending topics too. As for the Mobile Hangouts feature, it can be utilized to video chat with as many as 9 friends while on the move.

As mentioned earlier, the iPhone, the iPod touch, and iPad users can enjoy the enhancements that the version 1.0.7.2940 has brought with it. The Google+ for iOS update can now downloaded from the iTunes store for free.