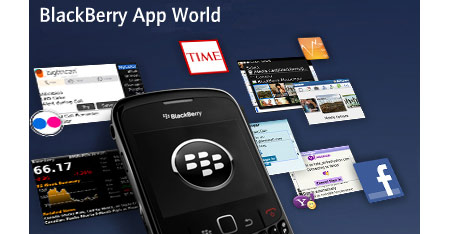 BlackBerry has unfolded an array of on-the-go communication activities in the smartphone space. Captivating users with diverse apps which offer several updates, games, music and more, Research in Motion has now initiated a new chapter in its exciting journey. The official BlackBerry blog has revealed that users can now enjoy BlackBerry App World 2.0 in the beta version.

Available through the BlackBerry Beta Zone, the new edition of the App World is currently under development. Those who wish to try these applications in beta can sign up for a Beta Zone account. The company will then invite members to test the new version. As a member of the beta world, users can experience fresh applications before others do. Additionally, their feedback is said to assist the company in crafting more specific and expedient apps and augmenting the overall experience.

The BlackBerry App World offers varied options such as new Top 25’s, barcode scanning, new billing options and more. Accessible to customers across 65 countries in six languages, it has been stated in the blog that more than one million apps are downloaded every day.

Like all other offerings from RIM, this too carries several expectations of a wide variety of audience around the planet. We hope that the beta version of the App world will soon be released for all BlackBerry fans around the world and this flavor will set a new benchmark of user gratification.