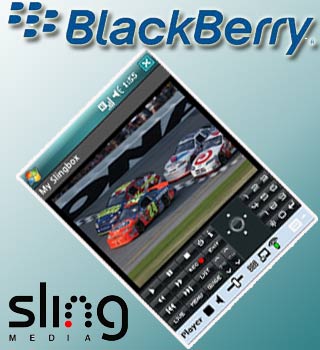 The SlingPlayer Mobile application lets users watch and control their home TV and DVR simply through the SlingBox when installed on the communication device. Blackberry users can thus remotely view their home’s cable, satellite or personal video recorder from a computer over a broadband Internet connection through the TV streaming device.

For a smooth connection, users are recommended to use either a 3G or Wi-Fi connection. Also an OS 4.5 version is required by supported Blackberry handsets to watch streamed video from their SlingBox.

While the SlingPlayer had long been awaited by Blackberry mobile users, the downside is that the software will be compatible only to certain handsets. Phones the software would support are the BlackBerry Bold, the Curve 8900, 8820, Curve 8320, Pearl Flip 8220 and the BlackBerry Pearl 8120, though the recently released Blackberry Storm is not included.

The public beta of the SlingPlayer Mobile for BlackBerry will be available as a free download for users in the U.S., Canada and the U.K from December 30th 2008. Also Sling Media has put up an online tool to check the compatibility of BlackBerry phones with the software.