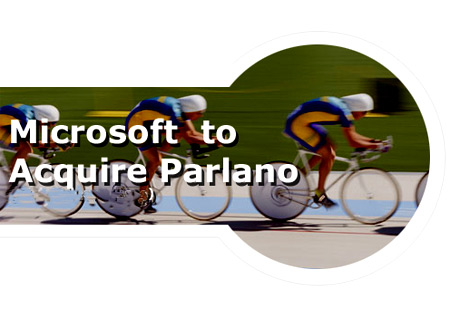 On Wednesday, Microsoft made known that it is acquiring Parlano, a small Chicago-based technology company and with this acquisition the software giant will be adding Parlano’s group-chat software to a broad vision for integrated office communications programs.

No financial details of the deal have been revealed. What’s known is that the deal is expected to close anytime in the month of October.

Gurdeep Singh Pall, corporate vice president of the Unified Communications Group at Microsoft said, “Parlano has been successful in meeting the rigorous communications needs of companies in financial services and other vertical markets.” Singh added, “Parlano’s expertise and technology, added to Microsoft’s unified communications offering, will deliver customers the most complete presence, instant messaging and group chat solution on the market.”

Seven-year-old Parlano, is privately owned and was represented by Revolution Partners and Bell, Boyd & Lloyd LLP. has developed the MindAlign group chat program, through which users can log on to a permanent chat room and send messages in real time, or alternatively search through an archive of the conversation later. Parlano’s software is in several industries, such as financial services, call centers and technology, to carry out ongoing business-critical conversations.