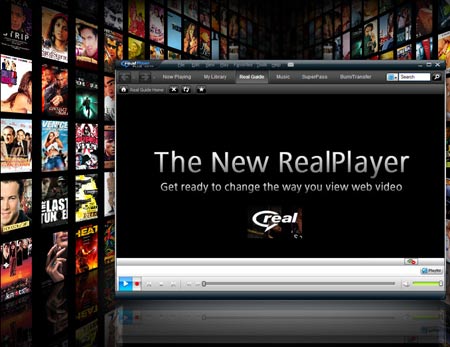 RealNetworks has announced that the latest version of its RealPlayer digital music player is now available for download at absolutely no cost. Earlier this month, we had reported on this latest RealPlayer version.

According to Rob Glaser, chairman and CEO of RealNetworks, “Our goal with the new RealPlayer is to enable consumers to watch Internet video whenever and wherever they want. By making it ‘one-click’ simple to download, we’re changing the way people experience online video.”

As promised, the new RealPlayer allows users to download and record multiple videos simultaneously. Users can also browse new pages or close their browser while a download is in progress.

Realplayer is able to capture online video in most formats including Flash, Windows Media, QuickTime and RealPlayer. You can search for videos directly from within the RealPlayer.

Also, after you install the new RealPlayer, a “Download this Video” button briefly appears in the consumer’s Web browser whenever playing a video.

Through its “Best of the Web” collection, users gain instant access to the popular videos available on the Internet.

And that’s not all; using the new and free RealPlayer digital player; consumers have the option to burn videos to CD, which can be played back in most DVD players.

However, if you go in for the RealPlayer Plus version which will cost you $29.99, you will be able to burn videos to DVDs.

The company also said that future versions of RealPlayer should enable users to transfer their online video content to video iPods and other personal media players. Later this year, you can also expect Mac-compatible and foreign language versions of the new RealPlayer.