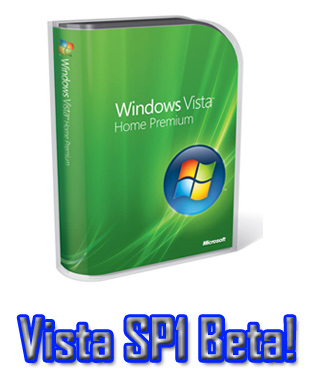 Microsoft is reportedly launching the first Service Pack (SP1) for Windows Vista on July 16, 2007. This will surely come as good news to those who are moaning about the sorry state of affairs surrounding Microsoft’s latest OS.

The company plans to release the final version of Vista SP1 to the public in November 2007, after four months of beta testing.

Also slated to be included is a much more secure BitLocker Drive Encryption and Extensible Firmware interface (EFI) support for x64-based machines.

Microsoft has also confirmed that Vista much-talked about performance-enhancing ReadyBoost function will be tweaked, after several users complained of sluggish performance after PCs were resumed from sleep and hibernation states.

As you can see, Microsoft has taken care of innumerable issues in its latest Vista operating system. But, don’t expect many brand new features like the firewall that was rolled out with Windows XP Service Pack 2!

Also planned with the official launch of the final Vista SP1 in November is Microsoft’s Windows Server 2008.

This software happens to be the successor to Windows Server 2003 and is based on the same base code as Windows Vista. In simple words, it offers a similar architecture and functionality as the Vista OS.