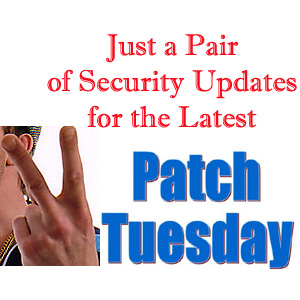 The forthcoming Patch Tuesday, scheduled for 13th November will include only two security bulletins, announced Microsoft.

On the other hand, the second flaw has been described as a spoofing vulnerability that could make it possible for an attacker to change the address bar in Internet Explorer to hide the fact that the user is visiting a phishing website.