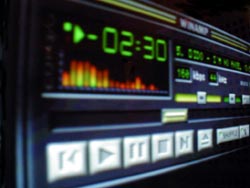 AOL’s Winamp digital media player has been discovered to possess a security vulnerability which is being termed as being ‘extremely critical. The flaw is associated to the way the software handles filenames that include a computer name. An exploit has already surfaced for the flaw, which affects version 5 of the software.

By late Monday, Winamp developers had already released version 5.13 of the software, which closes the security hole.

According to an advisory by Secunia, the vulnerability “can be exploited to cause a buffer overflow via a specially crafted playlist containing a filename starting with an overly long computer name.” A successful attack can lead to arbitrary code being run on a user’s computer.

The problem was first reported alongside the exploit created by ATmaCA, and makes use of a specially crafted playlist file to overflow Winamp. The PLS file can simply be loaded remotely through an IFRAME on a Web site.

This isn’t the first critical vulnerability to hit AOL’s popular player. July 2005, saw a bug being discovered in Winamp’s handling of ID3v2 tags. That issue also involved a buffer overflow that could have led to a remote system compromise, but it required some user interaction.