TechShout
Home General US looses $1.8 Billion, thanks to Russian Piracy 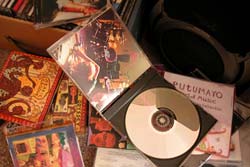 A report released by the International Intellectual Property Association states that Russian piracy is turning out to be an expensive affair for U.S. companies. The group claimed that in the year 2005 itself a massive $1.8 billion was lost due to pirated films, music and software.

In most sectors, the rate of piracy in Russia is between 70 to 80 percent. Experts blame the high rates on a slack enforcement of the nation’s copyright laws.

That may sound stunning to most, but the truth is that piracy in China is even worse. The IIPA said that in 2005, bootlegged software and entertainment cost U.S. businesses $2.37 billion.

Though recently Russia has put down tremendous efforts towards bringing its laws into observance with international treaties and accepted norms, many businesses continue selling pirated copies of DVDs, CDs and software releases.

In a statement IIPA said, “Repeated efforts by industry and the U.S. government over many years to provide meaningful and deterrent enforcement of its copyright and other laws…have yielded little progress.”

The country’s piracy problems are also an issue with the World Trade Organization. In order to join the group, Russia should sign deals with all other member countries, and as of now piracy issues have been holding up talks in the United States.