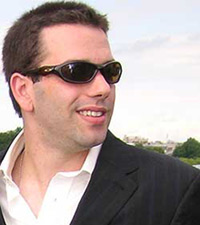 According to the newspaper Haaretz, Search engine Google recently bought an advanced text search algorithm invented by Ori Alon, an Israeli student. There was also news about other search engines giants like Yahoo and Microsoft negotiating with the University of New South Wales in Australia, where Alon is a doctoral student in computer science.

Google confirmed that “Ori Alon works at Google’s Mountain View, California offices but refused to comment anything else.

Alon in an interview with TheMarker had said that the university had registered a patent on the invention.

The new search algorithm Orion, which Alon developed, relates only to the most relevant textual search results. The search algorithm only works in English and rates the text by the quality of the site in which it appears.

Orion works as an add-on to existing search engine software to improve the relevance of searches and won praise from Microsoft founder Bill Gates last year.