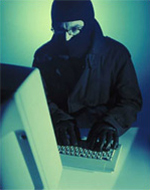 Nineteen members of an international computer piracy ring have been charged by a U.S. federal grand jury, which accused the group of making illegal copies of $6.5 million worth of movies, games, and software.

The indictments were announced by U.S. Attorney Patrick Fitzgerald in Chicago against the 19 individuals, alleged to be members of the underground piracy group known as “RISCISO” (Rise in Superior Couriering plus the file format ISO).

The group, which included individuals from the U.S., Barbados, and Australia, was motivated by pleasure — for example the need to see prerelease movies — rather than the quest of financial gain, according to Fitzgerald. Another intention for the piracy was the intellectual challenge of breaking encryption codes used to protect copyrighted material.

According to the indictment, up to 60 members of RISISCO, many of whom are I.T. professionals, hooked up to underground servers that contained pirated movies, games, and software. RISCISO was founded in 1993.

Research director of security solutions and services at the Aberdeen Group, Stacey Quandt said, “While this is a case of computer piracy, it is also a case of online social engineering.”

“Through clever tactics and programming knowledge, these hackers were able to obtain information to grant themselves unauthorized access to movies and games in advance of their release,” she said.

Gartner research director Mike McGuire said, “I think we can expect more of the same that some folks will continue to find ways to evade rightsholders’ attempts to curtail uncontrolled redistribution, password-protecting access to files and software, and law-enforcement agencies will work just as hard to find and prosecute those
folks.”

“However, this doesn’t appear to be a case of casual file-sharing usage,” he said. “The story indicates these are folks who appear to be going out of their way to find prerelease material. [It would be] hard to make a fair-use defense for that.”

McGuire also said that what is not covered in the story and is really very important, is how and where the hackers were getting the content. “Were they registered beta testers who then took the code and ran?” he asked. “Where did the music files come from?”