Socialmatic concept camera is the Instagram of the real world 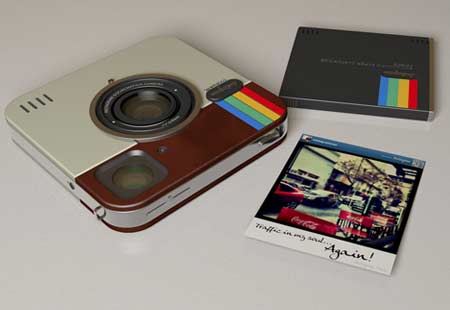 First it was the Android version, then the acquisition by Facebook and now the Socialmatic concept camera. It seems like the Instagram application is in no mood to move away from the spotlight. ADR Studio has designed a concept that places this popular virtual application on users’ palms, literally.

The concept resembles the application’s logo and boasts of being the first ever Instagram photo camera. It comes across as a hybrid between the retro Polaroid photography option and the newer virtual functions of social networking websites like Facebook. This shooter ships with 16GB onboard storage, allowing users to save pictures on the device itself. It dons a 4:3 touchscreen for easier navigation. 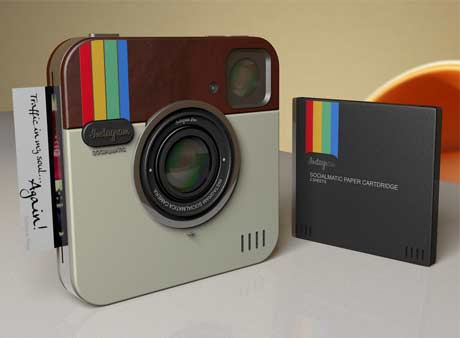 Furthermore, it has been integrated with two main lenses. One of these is for clicking images, while the second lens is provided for webcam applications, QR codes and 3D filters. And just like any other imager, it features optical zoom and LED flash. As the camera allows photographers to instantly print pictures, it makes use of a built-in printer, ink tanks of four different colors and a paper cartridge complete with Instagram paper sheets.

And if that’s not enough, the snapper also tags along communication options like Wi-Fi and Bluetooth to facilitate sharing the captured images. Additionally, InstaOs 1.0 of the camera offers a combination of attributes of Facebook as well as Instagram and allows users to directly upload pictures to the SNS, after they are edited. The printed images have a unique QR code, permitting other ‘Instagrammers’ to follow the user and a comment section that’s the real world version of the Facebook comment box. The post-it-like glue strip on the back adds a retro touch to the picture. 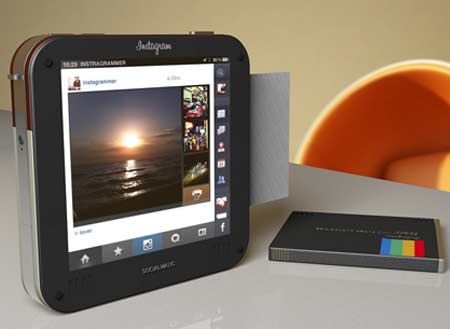 The Socialmatic concept camera is seeking support from users via Indiegogo.