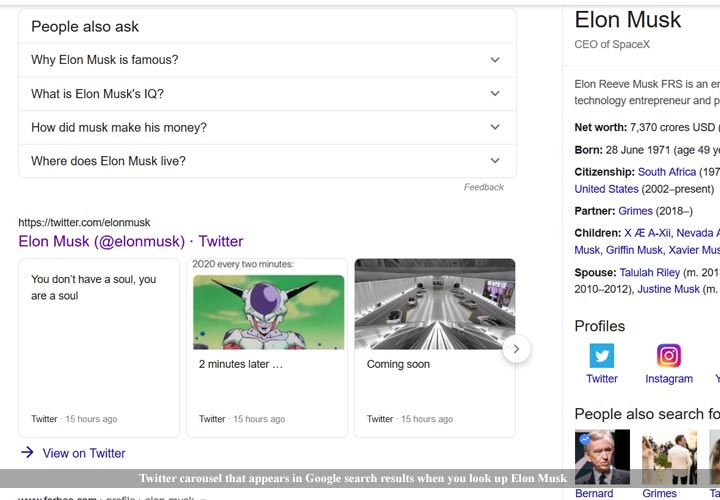 Google has restored the Twitter carousel in its Search results after it was removed owing to the massive cryptocurrency hack the micro-blogging platform experienced last week.

The Twitter scam that affected at least 130 prominent users led to the complete removal of Twitter carousel of tweets from the Google search result pages.

We’re sharing a blog post that collects the latest on our investigation. It reiterates what we’ve already shared here, and includes a few new findings. https://t.co/8mN4NYWZ3O

Twitter later said they were embarrassed, disappointed and, more than anything, sorry for what happened with some of its high-profile users as attackers successfully manipulated its employees and used their credentials to access internal systems, including getting through the two-factor protections.

A Google spokesperson Search Engine Land: “We can confirm we have temporarily removed the Twitter carousel from Search following Twitter’s security issues. Before restoring the feature we will carry out a careful review”.

The Twitter search carousel box went off for all accounts.

However, the removal did not result in Twitter losing any traffic from Google.

Google first added tweets to its search results about five years ago.

The SEOs and marketers used these Twitter carousels as a method to dominate the search results.