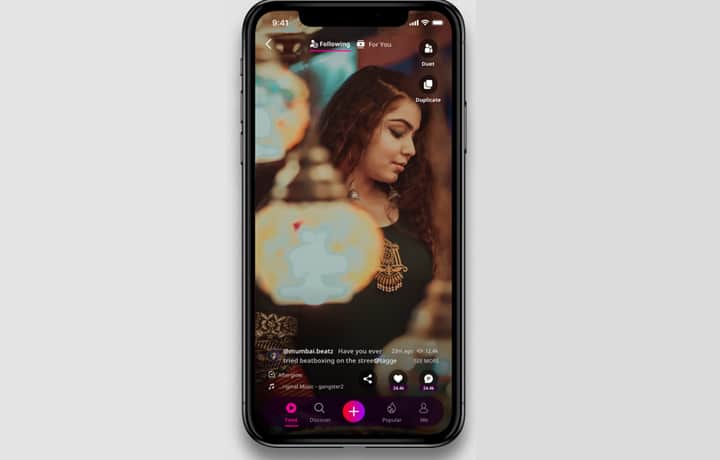 Entertainment app ZEE5 on Friday rolled out the beta version of its short video platform HiPi for Android users in India, adding to the growing number of mobile applications that emerged in the country following the TikTok ban.

Unlike the 15-second video format that TikTok made popular, HiPi will allow users to create videos up to 90 seconds.

A beta version of the iOS version will be rolled out in the coming weeks, ZEE5 said, adding that a full-fledged release will be done in a phased manner.

“The launch of HiPi is a proud moment for us as the short video platform was developed in India keeping with the ethos of Atmanirbhar Bharat,a Tarun Katial, CEO, ZEE5 India, said in a statement.

“HiPi will help Indians to connect with their millions of fans and stand a chance to step into the real fandom world,” Katial said.

The platform enables users to showcase their talent through various unique filters and effects, and also discover, follow and appreciate content that is being created by others.

ZEE5 said HiPi has on board over 400 influencers.

With more than 70 Zee TV celebrities also joining the platform, it aims to add 100 more by December this year.

“The vision for HiPi stemmed from an idea to further grow ZEE5 as a one-stop destination for the new and dynamic India,” said Rajneel Kumar, Business Head – Expansion Projects and Head of Products, ZEE5 India.

“The framework of the platform has been created to encourage more creativity and engagement while also making sure that the security and safety of our users are never compromised. It is a platform truly made in India, made for India.”

India banned TikTok along with 58 other apps in June over national security concerns.