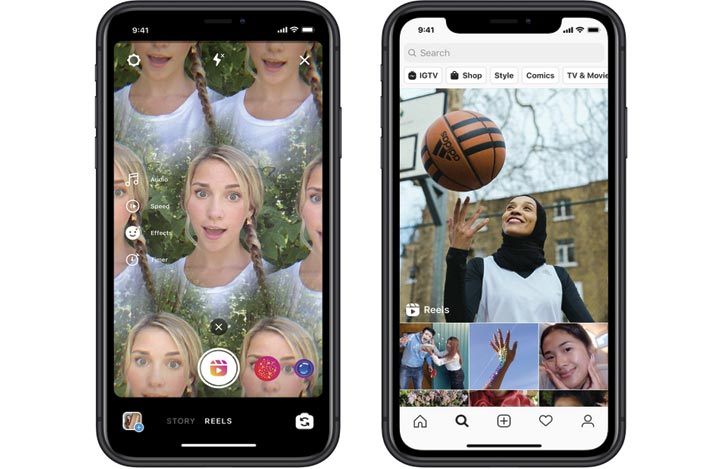 Amid uncertainties surrounding TikTok’s business in the US, Facebook on Wednesday introduced Instagram Reels in the country that will allow people to create and discover short, entertaining videos.

With Reels, one can record and edit 15-second multi-clip videos with audio, effects and new creative tools.

“You can share reels with your followers in Feed and if you have a public account you can make them available to the wider Instagram community through a new space in Explore,” Facebook said in a statement.

Reels can be recorded in a series of clips – one at a time, all at once, or using video uploads from your gallery.

“Reels gives people new ways to express themselves, discover more of what they love on Instagram and help anyone with the ambition of becoming a creator take center-stage,” Facebook said.

Instagram Reels was first introduced in Brazil last year as a pilot. The test was later expanded to several markets including Germany, France and most recently India.

Instagram announced the extension of the testing of Reels to India in July, barely a week after India announced the ban of 59 Chinese apps including TikTok.

Scrutiny of TikTok also increased in the US over fears that the app owned by Chinese unicorn ByteDance shares user data with the Chinese government.

While both Beijing and ByteDance have rejected the allegations, Microsoft is now pursuing talks to acquire TikTok’s US business.

But the software giant has a tight deadline to chase as US President Donald Trump had threatened that TikTok’s business in the US may not exist after September 15 if it is not bought by an American firm by then.

Meanwhile, reacting to the development surrounding TikTok, state-run China Daily newspaper on Tuesday said that “theft” of a Chinese tech firm would not be accepted by Beijing.