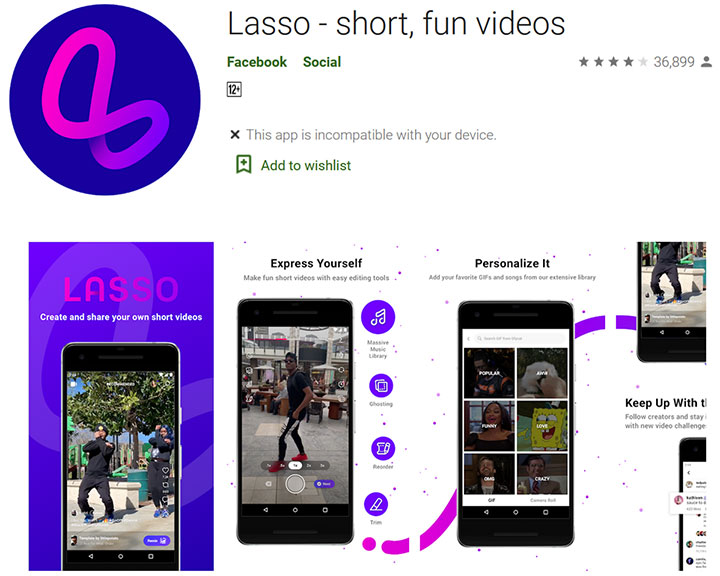 Facebook is killing its TikTok-inspired video app Lasso which was launched last year.

Facebook has started sending notifications to users telling them that the app won’t be usable after July 10 and advising them to download any videos they want to keep, The Verge reported on Thursday.

Like TikTok, Lasso allowed users to shoot up to 15-second long videos and overlay popular songs.

Facebook is now planning to focus on Instagram’s Reels feature.

Reels is a video-editing tool that lets users record and edit TikTok-style videos which they can then post to their Instagram Stories or send via DM.

Instagram Reels was first launched in Brazil last year as a pilot.

Facebook has announced that it is also shutting down Hobbi, an app that allowed users to document their personal projects.

Google-owned YouTube is also working on a TikTok rival called Shorts, to be introduced by the end of this year.