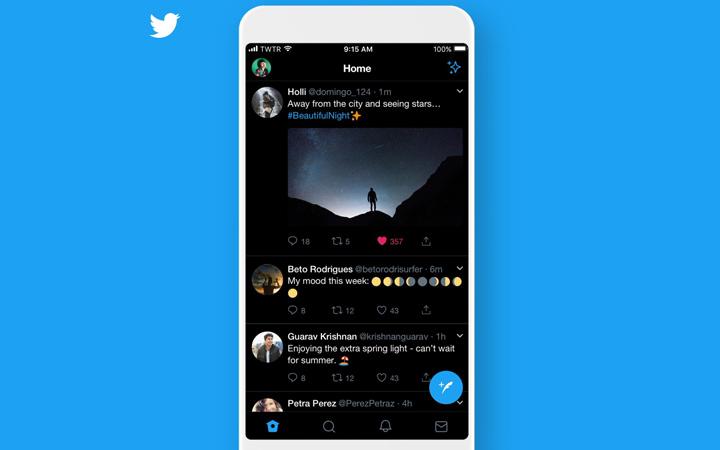 To facilitate an even darker theme for the app, micro-blogging site Twitter has added two new modes – ‘Lights Out’ and ‘Automatic Dark’ – to its already existing dark mode option, making it available to iOS users first.

“It was dark. You asked for darker! Check out our new dark mode. Rolling out today,” Twitter tweeted on Thursday. Using a pure black color palette, the Lights Out mode is designed to turn off the pixels on the screen to further reduce the light emitted through the app interface.

Twitter says that the mode can potentially help with saving, Fortune reported. With the Automatic Dark mode, the micro-blogging site would let users choose to have their devices automatically switch from light to dark modes according to their timezones.

“You can set things up so that your phone recognizes what time it is and makes the transition for you without you even having to think about it,” the report added.

Both the new modes have been made available for iOS users, however, it remains unclear by when would the feature reach Android users.