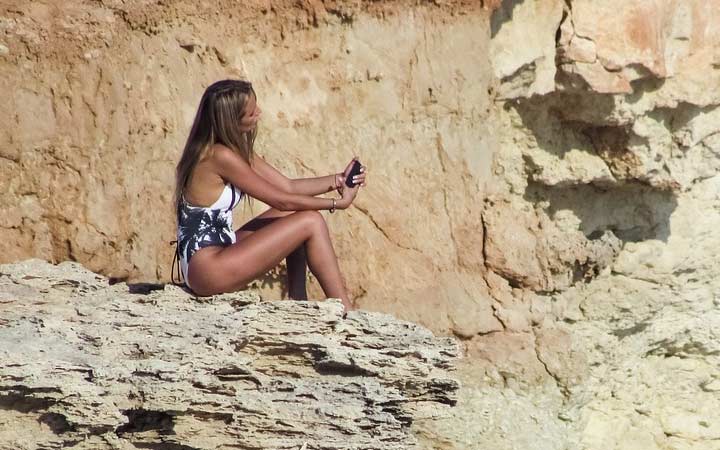 The augmented reality (AR) filters and lenses available on social networking platforms like Instagram and Snapchat should come with health warnings, experts believe.

They must say that ‘the appearance from the filters are not a depiction of reality’, a professor of plastic surgery at the University College London (UCL) said.

AR filters, which have emerged as a USP for the in-app cameras of social networking platforms let users enhance and beautify their facial features, leading young people to believe they should or could look like their almost-delusional pictures.

The British Association of Aesthetic Plastic Surgeons (BAAPS) has called for the health warning measures for users under 18 after seeing a rise in young people seeking ‘extreme’ procedures that mimic the way online filters alter their appearance, The Telegraph reported on Tuesday.

“BAAPS would endorse a warning being placed on social media filters highlighting that the altered images are not reality. It should not just be limited to the under 18 age group but applied to all,” the report quoted Mary O’Brien, Vice President of BAAPS as saying.

Snapchat was the first major social network to introduce AR filters in 2015 and the feature was later copied by Instagram and Facebook.

“As Snapchat and Instagram know the age of the people who have signed up they must have a warning sign saying the appearance from the filters are not a depiction of reality,” the report quoted the Plastic surgery professor at UCL as saying.

Earlier in March, appearing before UK’s Digital, Culture, Media and Sport Select Committee, Stephen Collins, Senior Director of International Public Policy at Snapchat said he wanted to see more research into the impact of facial filters, according to media reports.

“If there is anything that we are doing that is empirically seen to affect young people in this way we would of course change the product,” the report had quoted Collins as saying.