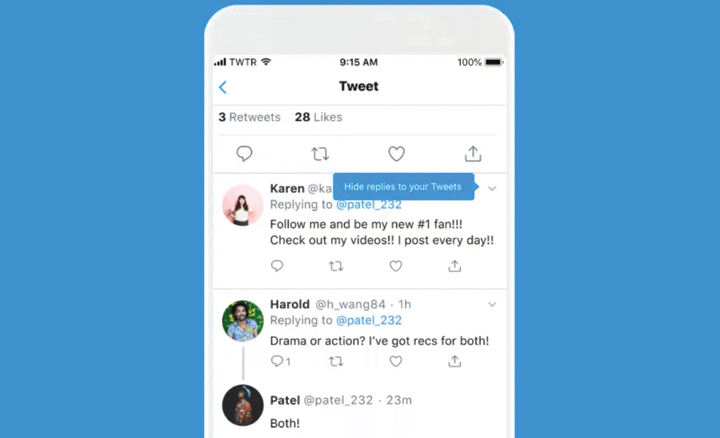 Twitter has finally rolled out its “Hide Replies” feature globally which lets users hide replies they think are irrelevant, off-topic, or annoying and are changing the course of the discussion on the platform.

The option to hide replies which may be offensive, hateful or racist in nature has rolled out globally on iOS, Android, Twitter Lite and twitter.com, the micro-blogging platform said in a statement late Thursday.

Currently, people who reply to your tweet can shift the topic or tone of a discussion and derail what you and your audience wants to talk about. 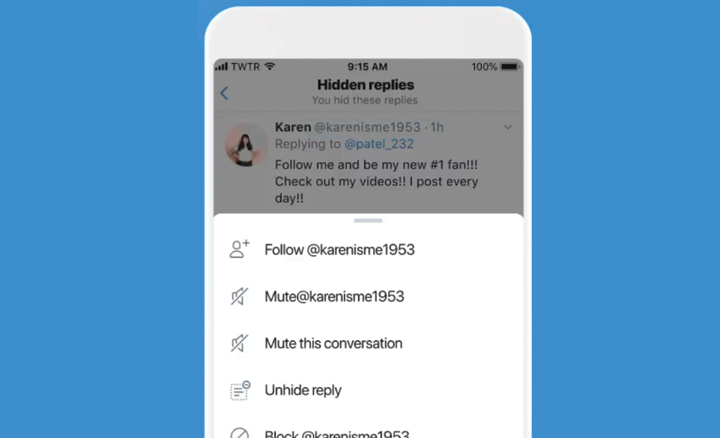 “To give you more control over the conversations you start, we tested the option for you to hide replies to your Tweets. We learned that the feature is a useful new way to manage your conversations. Today, we’re making this available to everyone globally,” said Twitter.

Here’s how it works.

Anyone can choose to hide replies to their Tweets. Everyone can see and engage with hidden replies by tapping the grey icon that will appear on the Tweets.

This way, users will have more control over the conversations they start but people can still see the entire conversation. The option is a new way to shut out noise as 85 percent of the people who hide replies are not using block or mute.

It is not the equivalent of a delete button, but hides replies behind an icon. If your followers still want to see the hidden replies, they can press the icon and view those.

A Twitter user can also hide replies that attempt to correct misinformation or offer a fact check. The feature was first tested in Canada in July, then in the US and Japan this September.

Also see: Twitter May Soon Give You More Control Over Retweets and Mentions

In Canada, 27 percent of people who had their Tweets hidden said they would reconsider how they interact with others in the future. Also, they thought it was a helpful way to manage what they saw, similar to muted keywords.

“Some people mentioned that they didn’t want to hide replies due to fear of retaliation as the icon remains visible. We’ll continue to get feedback on this,” said Twitter.

The company said it is also working on new controls and more clarity around the rules of conversation spaces.