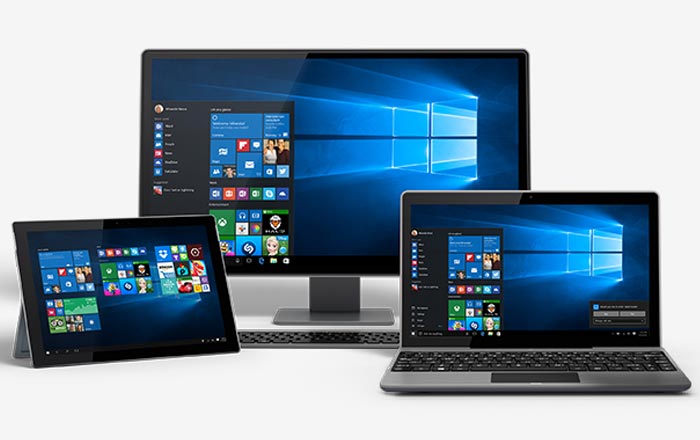 Microsoft’s expanding its horizons hand-in-hand with Intel and Qualcomm to build more mobile-ready devices and mixed-reality experiences. It announced the partnerships at its Windows Hardware Engineering Community event (WinHEC) which took place in China.

Microsoft is teaming up with Qualcomm to enable a full Windows 10 experience on mobile computing devices powered by the latter’s Snapdragon chipsets. The SoC has traditionally been a major presence in smartphones. The collaboration with the Redmond-based tech giant will help it expand into desktops and laptops.

Microsoft had previously tried to make the transition to ARM-architecture devices via Windows RT. It wasn’t a big hit due to major support issues such as traditional 32-bit programs not being compatible with it.

The new Qualcomm alliance changes this since the fresh crop of Windows 10 PCs which run on Snapdragon can be developed to support x86 Win32 and universal Windows apps such as Microsoft Office and Adobe Photoshop. The company even managed to demonstrate this in the video below, depicting a Windows 10 device running on a Snapdragon 820 CPU.

Qualcomm says these PCs will be available starting from early 2017. Microsoft is also planning to roll out a future Windows 10 update which will enable cellular connectivity and let users buy data from the Windows Store. OEMs will accordingly be able to take advantage of eSIM technology to create products without a separate SIM card slot so consumers can simply access data straight from their device.

Moving on to Microsoft’s other partnership, the brand is tying up with Intel to launch Project Evo. The initiative focuses on bringing about innovations in security, AI, gaming, and mixed reality. It also took a moment out to share the spec requirements of the Windows 10 VR headsets coming out in 2017.

Users will need to cobble together at least Intel Core i5 CPU with Hyper-Threading, a DirectX 12-compatible graphics card or an Intel HD Graphics 620 chipset, USB 3.0, HDMI or DisplayPort connections which support a minimum 2880 x 1440p resolution at 90Hz, and 8GB of RAM. Microsoft says manufacturers like Dell, Lenovo, Asus, and HP are currently working on the headsets.