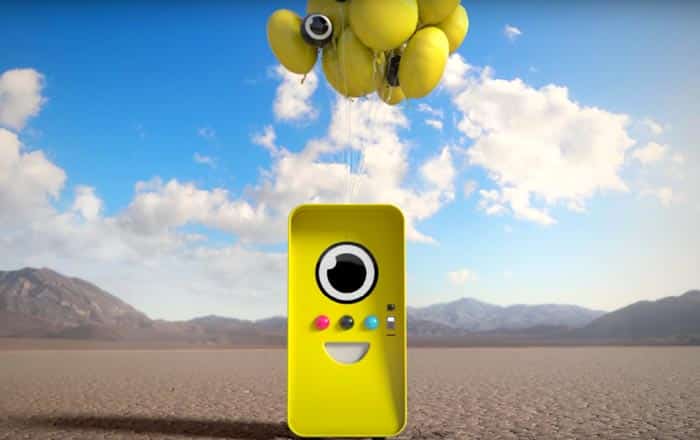 Snap Inc’s colorful new Spectacles have burst onto the scene with a unique marketing campaign which sees the accessory being sold via vending machines. Dubbed Snapbots, these bright yellow Minion-like machines are scattered across the US and stay in one place for just a day.

Snap Inc is making it easier to find Snapbots by rolling out a map for it on the Spectacles website and noting that it’ll be placed in places which lend themselves well to memories. The strategy appears to be a hit, with reports of long lines of eager customers at its debut location of Venice Beach, California. All the glasses have apparently been sold out.

Some have even taken advantage of the limited availability by selling Spectacles at an astronomical $500 on eBay. Snap itself has priced the device at $130. If you encounter a Snapbot in the wild, you’ll notice that it keeps its eyes closed until someone walks up to it. The booth lets you try on different colors via its in-built buttons and then drops a fully-charged unit out of its mouth.

If you’re unable to find a Snapbot, the Spectacles site has a QR code for you to scan. Once you do so, a limited-period filter is added to Snapchat’s roster of options, allowing you to see what you look like with them on. The lucky few who’ve gotten the glasses have already begun posting snaps online, showcasing the unique circular video format of the device.

Snap Inc hasn’t announced whether Spectacles will travel outside the US anytime soon. You can check out the Snapbots map here.