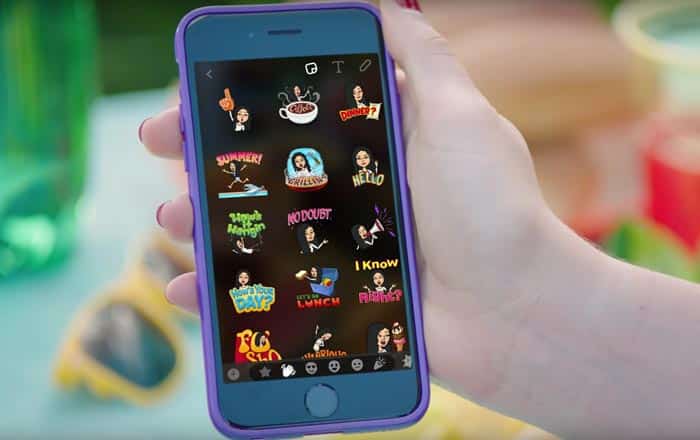 Snapchat’s bringing avatars in vogue again with the assistance of Bitmoji, an app which allows you to make a cartoon sticker version of yourself for expressing your thoughts and feelings. The former had acquired the latter’s creator Bitstrips a few months ago for a reported $100 million.

You’ll now get to enjoy the fruits of this alliance. The latest version of Snapchat lets you send or paste Bitmoji from within the app itself. It makes sense for the brand given the popularity of stickers among its user base. The new acquisition further adds a personal layer to emoji since it’s not just a generic emoticon which everyone else is using.

To get started, you’ll have to download Bitmoji to your Android or iOS phone. You then have to head over to the Settings menu in Snapchat and tap on Bitmoji. This opens up a window which allows you to link your accounts. You can either sign in with your Bitmoji credentials or log in via Snapchat.

Once bonded together, you’re free to use your custom-designed Bitmoji in conversations or paste them onto snaps to say things like ‘Good Morning!’ or ‘No Doubt.’ Snapchat isn’t just restricting the new feature to solo avatars though. You also get access to Friendmoji if a contact has linked their accounts as well.

Friendmoji basically combines your Bitmoji with your friend’s to create stickers with both of you in it. It’s a neat idea which may drive up adoption of the feature thanks to users nagging their friends into getting on-board with it. The new tool is just the latest measure Snapchat has taken to ensure people keep sharing on its platform, coming in after the introduction of Memories.