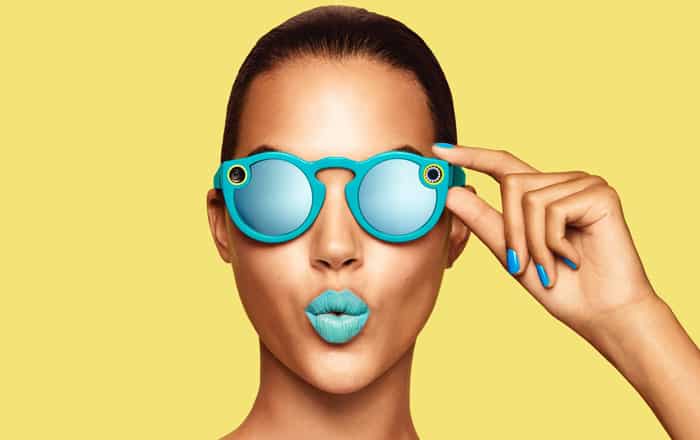 Snapchat is moving beyond the self-destructing messaging app which made it famous by announcing a name change while putting on a brand new pair of camera-equipped sunglasses. The company has decided to drop the ‘chat’ part of its moniker and will now be known as Snap Inc.

Snap’s first order of business is a range of sunglasses simply known as Spectacles. The funky-looking accessory was first revealed by Business Insider and the Wall Street Journal before getting an official announcement and dedicated site of its own. As per the second publication, the device is priced at $129.99 and will see limited distribution.

Spectacles will probably remind people of Google Glass. Unlike the latter though, the former is keeping its ambitions simple. People will be able to record up to 10 seconds of video by tapping a button on the hinge. This footage will automatically get transferred to the Snapchat app via Wi-Fi or Bluetooth.

What sets Spectacles apart from other cameras is the fact that it shoots with a 115-degree field of view and renders the footage in a new circular video format. The technology allows you to turn your phone in any direction and have the video automatically adjust to the orientation without any jerky movements.

This basically makes it possible to play full-screen footage whether a person is holding their phone vertically or horizontally. Spectacles also comes with a charging case which supposedly provides up to a day’s worth of Snaps on a single charge. It should be noted that the sunglasses light up when recording, which means individuals won’t be able to secretly record footage without going unnoticed.

There’s no release date set for Spectacles yet, with Snap only asserting that the accessory is coming soon. The company was more forthcoming when discussing its name change. CEO Evan Spiegel says that it needed a name which goes beyond the one product it had when it started out while staying true to its origins. Snap Inc came about as a result of this thought process.