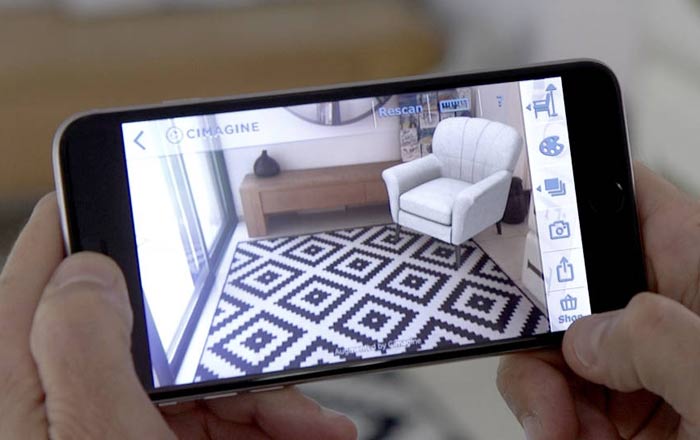 Snap Inc has reportedly forked over anywhere between $30 and $40 million to acquire an Israel-based startup called Cimagine Media. The deal hasn’t been announced officially yet. The company is probably looking to take advantage of the latter’s augmented reality technology.

As per Calcalist, Snap Inc is going to utilize the takeover to establish a research and development center in Israel. Cimagine already has a number of high-profile clients for its services including the likes of brands such as Coca-Cola, Shop Direct, and John Lewis. It’s unclear as of now what exactly Snap plans to do with the AR technology it now has at its disposal.

The 4-year-old Cimagine specializes in things like real-time image processing, computer vision, and mobile development. It uses its talents to allow people to place virtual objects like sofas into real-world environments. The concept is similar to Google’s Project Tango.

Unlike Tango, which requires multiple cameras and sensors to perform its AR magic, Cimagine relies entirely on software and standard camera setups. This makes it far more accessible since people won’t have to invest in a separate phone to view the world through augmented reality lens.

As for Snap, it may either take advantage of Cimagine’s retail-leaning approach to branch out to e-commerce or perhaps integrate the startup’s skills into Snapchat’s filters. The technology could perhaps make it possible to place realistic-looking virtual objects while clicking photos using the app.

Snapchat already offers a wide range of cartoonish filters which can blend a person’s face with an animal or add a moustache. Cimagine’s software might take the company’s filters to the next level.