The Smart Namo Saffron Wave phone has been released in India and it takes on the new kid on the block, the Oppo N1 as the former sports a similar swiveling camera. In spite of being fitted with the new type of snapper, the device hardly tries to dig a hole in your pockets because it has been priced at merely Rs 12,000.

Like most of the previously-released devices from the company, the Saffron Wave has also been released through its official Facebook page. Not much has been revealed about the smartphone as yet, but we have found out that it will be fitted with a 5-inch touchscreen on the front side. 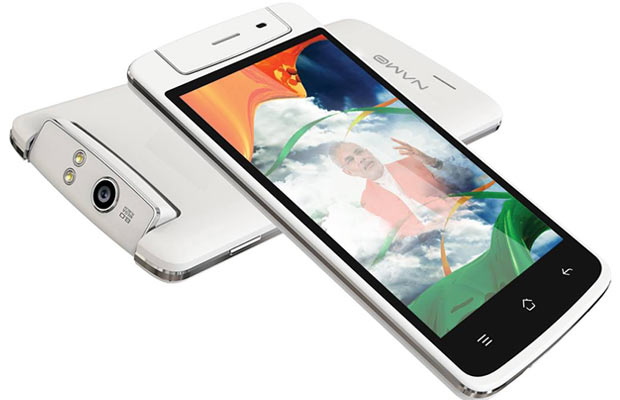 It is pretty clear from the picture that this Smart Namo handset has a rotating camera featuring an 8MP lens and dual LED flash. Also, it makes the most of the Android Jelly Bean 4.2.1 OS and will be arriving in variants with 16GB, 32GB or 64GB onboard memory. It is fueled by a MediaTek MT6582 processor which can tick at a maximum speed of 1.3GHz. 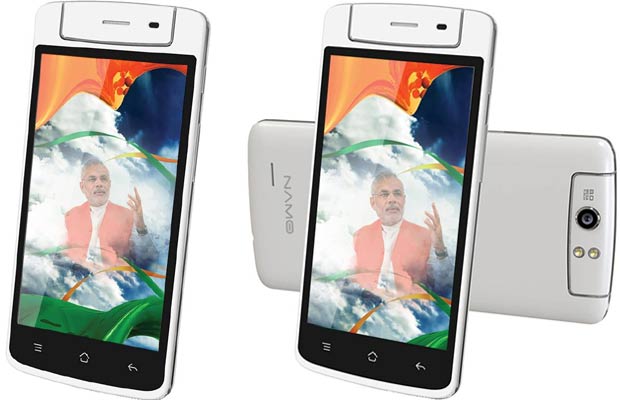 As we said, the Smart Namo Saffron Wave has been priced at Rs 12,000 in India and it should go up for sale through the official website and select online retailers very soon. As for the Oppo N1, it costs Rs 40,000, because it features a 5.9-inch FHD screen, a 13MP rotating camera, a quad core Snapdragon 600 SoC, 2GB of RAM and a 3610mAh battery amongst other things. 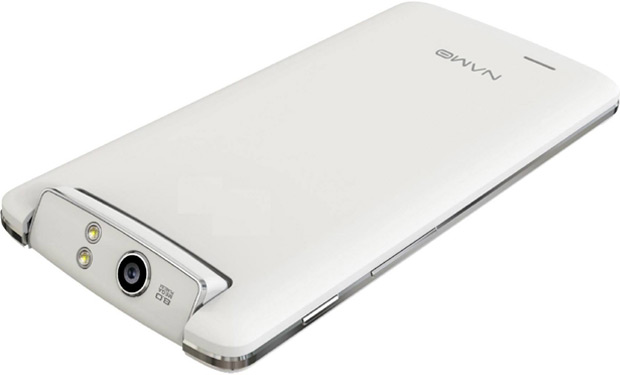 Specifications of the Saffron Wave: