Never mind the murky details on the Smart Namo lineup, the company has gone ahead and priced the Saffron 1 and 2 variants. It turns out that the latter is actually the phablet that we’ve reported previously. It’s a move we weren’t exactly expecting given the shifty information with which the manufacturer’s official Facebook page was being updated. So it looks like fans will have to pony up a price that goes upwards from Rs 15,999 for the phone or Rs 21,111 for its larger cousin.

Almost a week ago, we had posted an article about a band of Gujarati businessmen showing their support for Indian politician, Narendra Modi, by unveiling plans for the Smart Namo handset. Very little was revealed in terms of specifications back then. The manufacturers had listed out 1GB/2GB RAM, 16GB/32GB/64GB flash storage, a 13MP camera, a 1.5GHz MT6589 Turbo Edition processor and a 5-inch screen on the features sheet. We now know that the device will come with Android Jelly Bean 4.2.1 (product page says it’s upgradeable to this version of the OS) and dual SIM capability. 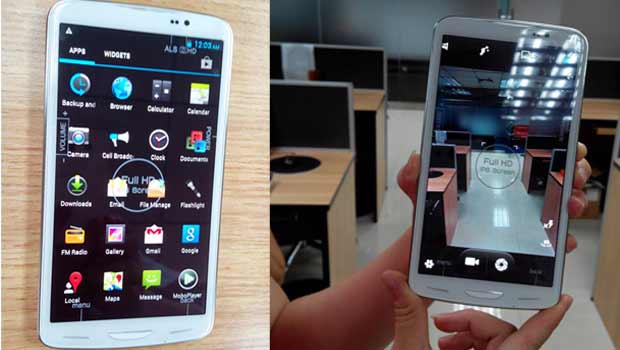 Apart from the specs, the company has even rolled out a glimpse of the what buyers can expect upon unboxing the Saffron 1. It’s all the usual stuff covering a pair of headphones, a screen protector, a charger, a USB cable, a leather cover and a warranty leaflet, of course. If you’re waiting to hear about the handsets’ release dates, join the club. Because ‘Coming soon’ can hardly be counted as a mention of the launch window.

The Saffron 1 can be grabbed in two variants whenever it’s out. The model with 1GB of RAM and 16GB of onboard memory can be purchased for a price of Rs 15,999. For twice as much RAM and storage space, buyers will need to shell out Rs 18,999. Apparently, more ‘pocket-able’ 3.5-inch and 4.5-inch spinoffs are also on the cards.