Skype for iPhone and iPad gets a new and refreshed look

Microsoft’s Skype application for the iPhone and the iPad has been updated and it arrives with claims of bringing a fresh interface and a new look. The version 4.13 of the video calling app has been optimized for the latest version of the mobile platform, that is, iOS 7 and the developers have naturally introduced some performance improvements for better functionality.

Some tweaks have been made to the utility and you will find that the dialpad with touchtype support is easily accessible. VoiceOver has been enhanced for group chats and it even speaks out the name of the sender out loud when subscribers use the instant messaging feature of Skype. Microsoft has also perked up the primary functions like audio and video calling. 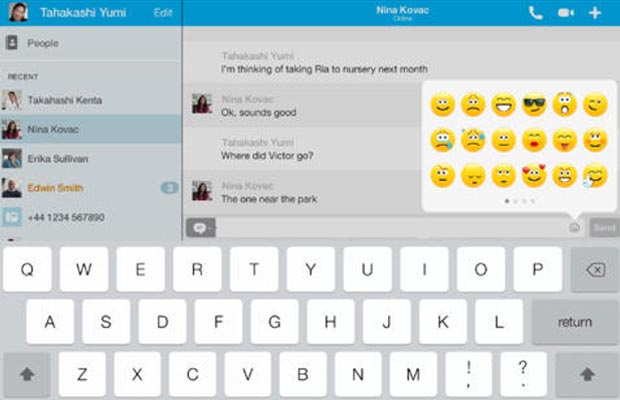 General bug fixes have been carried out and users will notice that the application’s speed has been increased, thanks to the new update. As you may already know, the app offers full screen video support when making conference calls and allows instant messaging and video calling for free over 3G or Wi-Fi.

It supports the rear camera so you can show the person on the other end whatever you are seeing and the anti-shake technology does away with camera shake to bring a smooth-flowing video at your screen. And there’s an option for making calls and sending messages to other mobile phones and landline numbers too, for affordable prices.

The Skype for iPhone and Skype for iPad apps are available for free through the Apple App store. They are compatible with gadgets running iOS 5 or later platforms, including the iPod touch.