You may have various reasons for looking up sites similar to Pinterest and we have only one for having drawn up our list – the fact that you’re searching for alternatives to this images-driven portal. Pinterest is hardly similar to typical social networking services in many ways. But the action it’s centered around is bringing users with similar tastes together. And what better way to do it with than pictures which (cliché alert) speak a thousand words? The certainty of not having to read annoying status messages and being able to follow anyone according to their interests are two of the best things about it. But in case you’re searching for something more specific or something you simply can’t put a finger on yet, here are a few options you could start with – 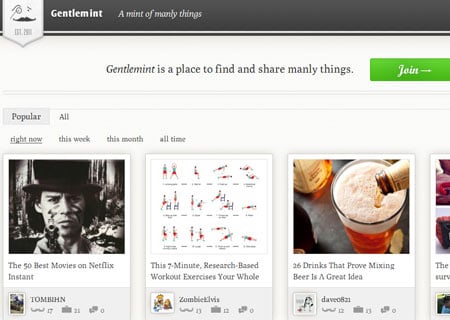 Have you ever been in a situation where you’re trying hard to avoid saying something which may sound bigoted and end up doing exactly that? If your answer is ‘Yes,’ you’ll empathize with us right about now. Gentlemint is the man version of the site in question. There, we said it. If you felt like you were reading a women’s magazine while scrolling through the latter, guess what, this one’s probably your thing.

Interesting reads on beer, bacon, cars or tools – you’ll find a lot of things to keep you engaged unless the topic you’re looking up is babes. There’s no place for that here. Manteresting would be a reasonable option in this case. Also, Gentlemint’s in the beta stage and you will have to wait for an invite once you sign up. But it’s totally worth signing up, if only to be entertained by the welcome message from the intimidating gentleman in Citizen Kane (find out for yourself). 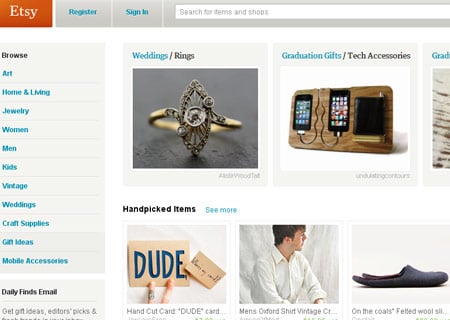 You’re probably wondering why we’ve dropped Etsy into our roster of sites like Pinterest. We know the eCommerce portal has been integrated into the image and video sharing network, but this is for those of you who prefer shopping for useful or pretty items rather than merely glancing at them. The Etsy layout is focused on images and the stuff you might be interested in checking out is separated into neat categories. 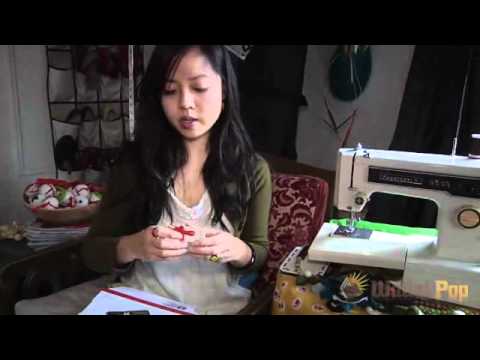 Even if you’re not keen on purchasing anything – window shopping from the comfort of your cushy seat? We’ll take that any day of the week. What’s more, if you’re the creative type who’s into DIY projects, you could probably make some good use of the time spent here. The popularity of Etsy means you won’t have too much trouble finding buyers if your goods manage to appeal to people’s aesthetic sensibilities. 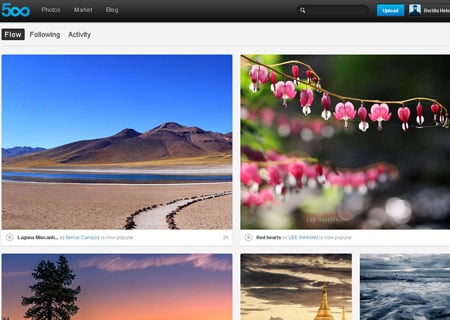 Pronounced 500 pixels, our next candidate takes away all distractions to have photography as its only muse. This is a place where everyone interested in images come together. Though you may start by making a comparison to Flickr, it’s quite clear that a different experience awaits you here. First off, 500px jumps right into the game by presenting you with a beautiful layout of the best photos on its site from which you can pick categories you’re enthusiastic about. 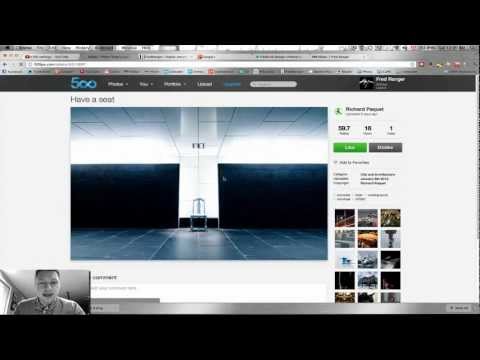 If you’re really passionate about photography there are few better options through which you can see the world captured through other people’s lenses. You can browse through pictures based on Popular, Editor’s Choice, Upcoming and Fresh. You will also be able to upload, buy or sell images. There’s a section called Market which offers canvas prints as well as HD downloads of photos for sale. While you can connect to Twitter, Facebook, StumbleUpon, etc the actual UI is limited to allowing you to vote for or ‘favorite’ works you like. 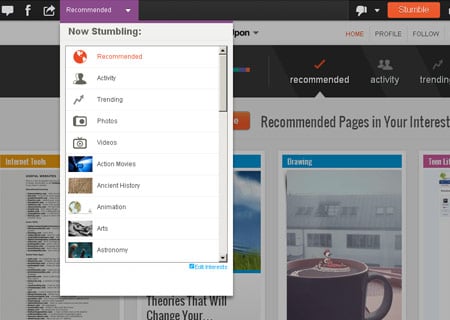 We’ve covered men, shopping and photography in this list of Pinterest alternatives so far. Here’s looking at StumbleUpon which basically appears very like the portal in question at first glance. But it gives equal focus to images as well as the written content attached to it. It’s like the geek version of the site in question, something which is made apparent by the choice of categories you’re asked to pick from.

If reading about stuff you would normally not stumble upon during your regular strolls around the internet is an appealing idea, this option is our top recommendation. In just one 10-minute sitting, our brains were swimming with words like Ecosphere, aerogel, Gomboc, Edison-Tesla spiffs and so on and so forth. The service lets you make lists of pages for later reading, upload your own page and comment or share content you bump into. 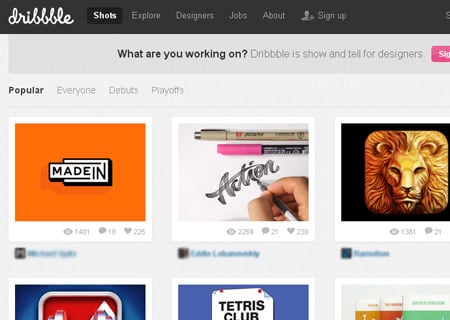 A hip show and tell for designers is in town and it’s spelled with three ‘b’s. The Dribbble community consists of all kinds of designers eager to showcase their work. So you have typographers, web designers, logo creators, illustrators, graphics artists and more. But you don’t need to be any of these to take a tour around the place through the Explore button. You may also ogle at whatever designers are up to through Shots. 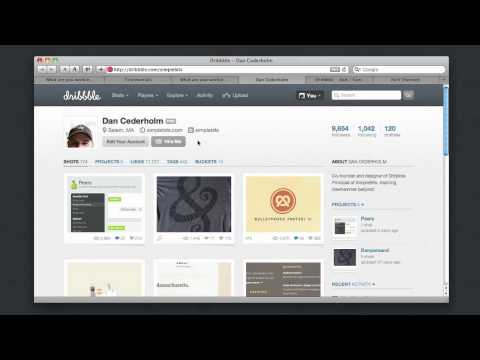 There’s a section dedicated to finding designers (you need a Pro account for actually pinning them down), checking out group meet-ups and drafting Prospects. Yes, that’s right; Dribbble is full of indistinct drivel in the name of sub-sections. But these are easily understandable when you’ve clicked on one. For example, Prospects refers to the people who have applied for an account and are waiting for a member to send them an invite. It’s ideal for talent scouts, skilled designers and people who like admiring all kinds of creative works too. 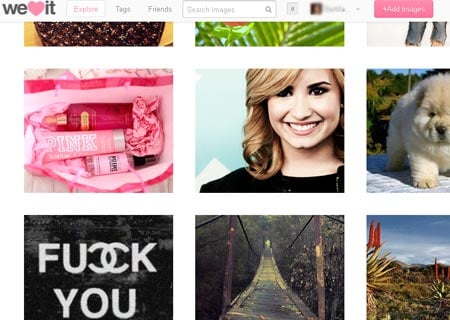 We Heart It works in a very simple way. It’s a clean little photo-sharing service with a youthful appeal, though we don’t know why the layout has to be themed all baby pink. Guess that’s what happens when giving a thumbs up to a photo means marking it with a ‘Heart.’ At any rate, you couldn’t go wrong by signing up for membership if browsing through piles of pictures is your sort of gig.

Well, you have Pinterest, then we gave you Gentlemint for men. Couldn’t miss out on the young crowd, could we? The heavy presence of Justin Bieber images and GIFs should be enough to tell the age group We Heart It attracts. So gear up for an experience that will take you through the photo albums of anyone you choose to follow here. 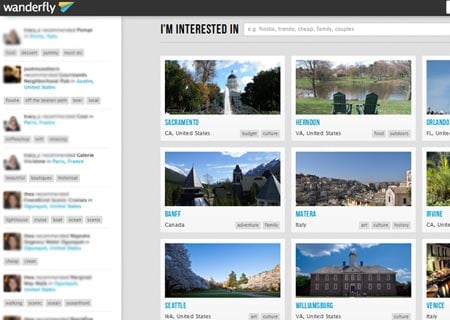 When that lust for traveling to strange places stings you, who are you going to ask for advice? Try fellow wanderers through Wanderfly, you social destination for planning trips. Be warned, you’re likely to be bitten by the travel bug, repeatedly, as you surf through this website and check out other users’ adventures. Once you sign into the service, it asks you to complete the ‘I’m interested in’ section by typing in relevant words or tags such as art, beach, essential, budget, off the beaten path, culture and more. 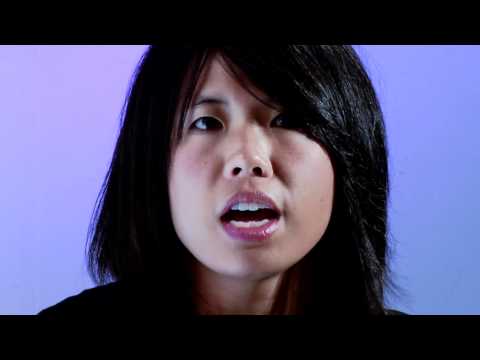 After the signup process is over, you’re taken to a page filled with tiles pulled in based on the tags you selected. You can click on one and explore the recommendations made by the concerned user and also zip off to his or her profile page to check out more by that person. There’s the option of following other members and searching for places, experiences (like Coachella) and people on the site. Navigating around the interface is a bit tricky sometimes, but you’ll probably find yourself depending on the handy Search bar more often than not. 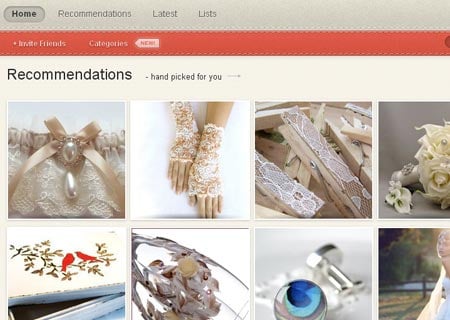 What would a compilation of sites like Pinterest be without one that is ‘tailored’ for catering to the ‘couples-to-be’? While the website of the hour does have a Wedding section, it mostly promises to show you what others are sharing about marriages and the accompanying preparations or celebrations. Tailored goes a bit further on this front. Also, it has one of the better-designed layouts in terms of visual appeal as compared to the others in our collection.

The stuff you see can be purchased on Etsy and there’s a Style Finder feature that quizzes you on your tastes. The result? Recommendations put together by studying your answers to the questionnaire. Our experience with it will let us say that it’s not very good at its job. But how many people want help with the ‘special day’ they’ve planned down to the minute details anyway? If nothing else, scrolling through this page could lend you great ideas about the dress and décor you have in mind. 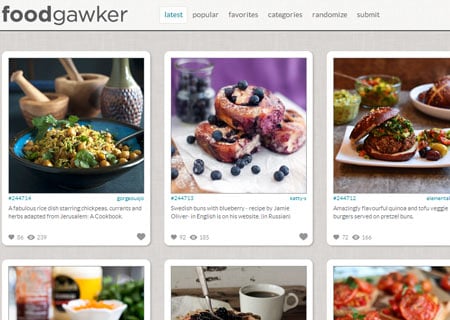 We admit to having been slightly confused over whether Foodgawker or TasteSpotting was the better solution for foodies on the prowl for their next high. If you agree that presentation is everything, then we’ve made the right addition to Foodgawker. It’s one of the most magnificent sources for leering at everything edible. 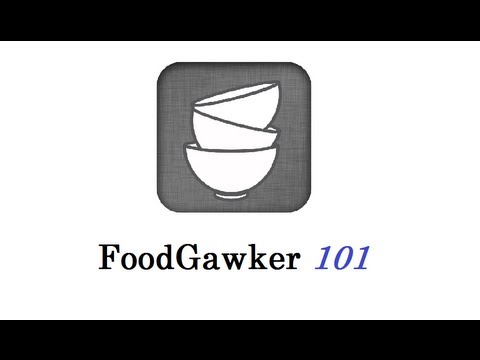 The one bit of annoyance we encountered was the inability to sign in with our Facebook or Twitter account. But a glimpse at the delicious spread on the page was enough to make us forget about it. You can sort the tiles you see based on categories such as Gluten-free, Vegan, Eating out, Recipes and so on. You may also decide on the date and user whose uploads you prefer seeing. Just to offer a little more fine-tuning, there’s the ability to exclude tiles by keywords or categories too.

Did you find an alternate solution to your various gawking needs through our lineup of sites similar to Pinterest? Unless your tastes are very specific, like photography, travel or food stalking, the question of which service you should sign up to is probably difficult. Too many social networks have been springing up of late. Do you have any recommendations we haven’t noted down here? Do tell us more about it through the comments section below.