SingStar Bollywood, the Perfect Amalgamation of Gaming and Grooving, launched at Mumbai, India 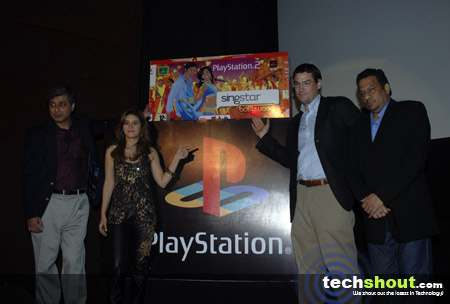 If you thought that singing and dancing was only a part of Bollywood flicks, then think again!

The old, yet not soured PlayStation 2 (PS2) has yet another exciting game to its collection. SingStar Bollywood is the latest entrée in the super-popular games franchise SingStar. Launched amidst a plethora of budding singing talent in the buzzing city of Mumbai, the SingStar Bollywood game just seems to be a perfect title for any gamer who has singing as his or her second passion.

The evening was perfect, as the launch was held at Red Lounge, a mini-theater, in Andheri, Mumbai. Presenting an absolute Bollywood experience, the event kicked off with the graceful actress/singer Raageswari singing a peppy Hindi number.

Further on, she called upon Tim Stokes, sales and marketing director at SCEE; Atindriya Bose, who is the Country Manager of Sony Computer Entertainment India along with Jayant Sharma, Chairman and CEO, Milestone Interactive Software Ltd. The gentlemen unveiled the game, speaking a little on the SingStar Bollywood title. 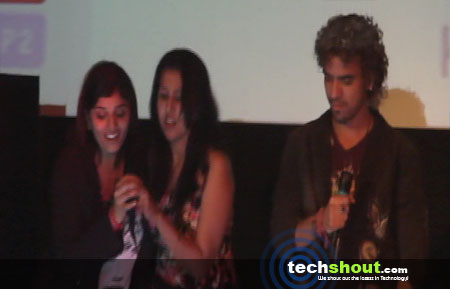 Also present at the event were a few singers from an ongoing singing talent search contest. They gave some lovely performances, were lucky to even play the game and surely did their best to gather some more SMSes and votes to emerge winners in the singing contest on the respective TV channel.

But coming back to the main star of the event – the SingStar Bollywood game, the title is sure to get you out of your bathrooms into your living rooms and explore your talent with your PS2. Essentially, a karaoke video game series, SingStar Bollywood lets you grab the microphone and sing like there is no tomorrow. 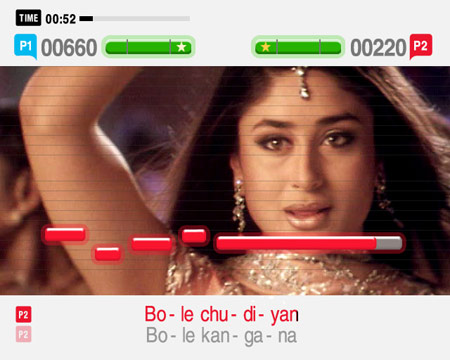 The game has a rating system, where your singing is assessed on various factors such as pitch and timing, with the added incentive of being able to sing along or against a partner, or even with a group of friends in a variety of different modes.

In alliance with Sony BMG and T-Series, SingStar Bollywood is a salute to the melodious Bollywood numbers. SingStar Bollywood already hit stores across Europe on Friday, 19th October, 2007. Apparently, the Day 1 order for the game across India, Middle East and UK alone has surpassed many other such regional ventures. The success of the Singstar Bollywood based on the initial response has already started Sony Computer Entertainment working on the next few in the series. The title is priced at Rs. 1499/, with a mic included.

So get ready to sing in your living room or your bedroom or just about anywhere, as in SingStar Bollywood, you surely are the Super Star!