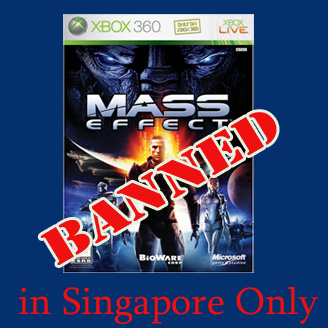 Bioware and Microsoft’s much-awaited game Bioware for the Xbox 360 will soon be officially released in North America, Australia and the UK by November 23 this year. However, Singapore will not be included in this major launch because the Media Development Authority of Singapore has decided to prevent the game from being released in the country.

According to a report in The Straits Times, the decision has been taken mainly because Mass Effect includes an inappropriate scene that takes place between a human woman and a female alien.

This very report also claims that the decision has “Caused an outcry among local as well as international gamers, who said it was too strict a decision.”

Singapore seems to be the only country to have imposed such a ban on the Bioware developed Xbox 360 futuristic space adventure, so far at least. Also, Mass Effect happens to be the Microsoft’s very first game to be banded in Singapore.

In the past, Singapore banned two other videos namely Sony’s “God of War 2” for portrayal of nudity, and Top Cow Productions’ “The Darkness” mainly because it included excessive violence and religiously offensive expletives.