We won’t blame you if you mistake the Simmtronics Xpad Mini for the Apple iPad mini at first glance. The India-based company has chosen to create this tablet taking most of its design cues from Apple’s smaller slate. Priced at Rs 9,999, it comes with a bevy of mid-range attributes as well as support for 3G connectivity. There’s still no word however about the release date of this new slab.

The Simmtronics Xpad Mini boasts of a 7.85-inch IPS display which sits comfortably on its front surface, along with a center-aligned secondary camera of 2MP capacity. Apart from this snapper, there’s also a 5MP main camera placed on its rear. The device is powered by a 1GHz quad core processor, the make of which is still unknown. Besides this, 1GB worth of RAM also finds its way inside the tablet. Measuring in at 200mm x 134mm x 8mm, the Simmtronics Xpad Mini features Wi-Fi, Bluetooth, GPS, 3G and HDMI as well as other essential connectivity attributes. 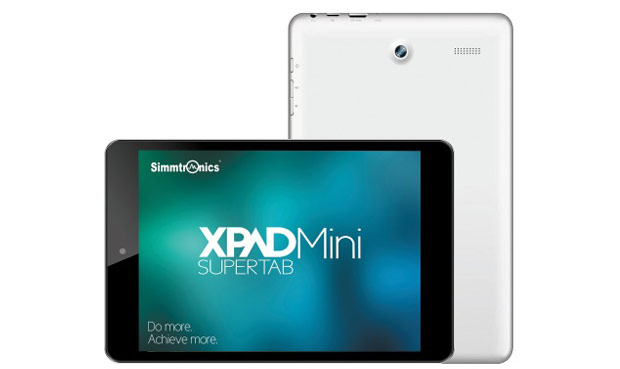 For satisfying users’ hoarding needs, 8GB worth of internal storage space has been infused into it, while it even possesses a microSD card slot for further expansions of up to 32GB. The Xpad Mini kicks in a 4,000mAh battery to keep it going between charges. Simmtronics began manufacturing of tablets in 2012, and the after releasing some one of them in the Middle East and GCC countries, it finally brought them to India in February this year.

Like we said, the Simmtronics Xpad Mini has been priced at Rs 9,999, but its retail availability is still to be revealed.