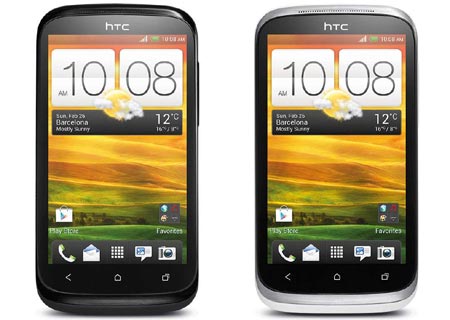 The SIM-free HTC Desire X UK price and release date details have surfaced through Clove just a few days after the Taiwanese manufacturer officially unveiled the handset. The device is slated to go live by the end on the month with 4GB of built-in memory and color options of stealth black and neutral white.

This member of the Desire family measures 118.5mm x 62.3mm x 9.3mm and is said to feature the same design language adopted for the One X. The total weight of the HTC Desire X is pegged at 144 grams including the battery and a host of hardware components such as a 1GHz Qualcomm MSM8225 Snapdragon S4 processor, a 4-inch Super LCD IPS display proffering a resolution of 480 x 800 pixels, 768MB of RAM and a 5MP primary AF camera with LED flash.

“HTC has now released its ‘First Look’ video for the newly announced HTC Desire X, which we now have available to order on the Clove website. The Desire X carries the name of HTC’s legendary Desire range, but utilises the design language of the HTC One X,” reads a post on the official Clove UK blog.

The snapper is also accompanied by a BSI sensor for low-light image capture apart from an f2.0 aperture and a 28mm lens clubbed with an HTC ImageChip. Connectivity is catered to by A-GPS, HSPA, Bluetooth 4.0 and Wi-Fi b/g/n, while a smooth navigation experience is delivered through the Sense 4.0a UI. A 1650mAh Li-ion battery is placed under the rear panel capable of providing users with approximately 600 minutes of talktime or 833 hours of standby over 3G. 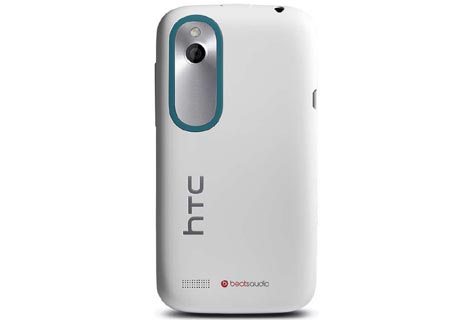 As noted earlier, the SIM-free HTC Desire X UK price and release date details are now out in the open through Clove. The handset will retail for £228 inclusive of VAT, and it will most probably be available by late September.