Silent Hill Origins for the PlayStation 2 releasing in May 2008 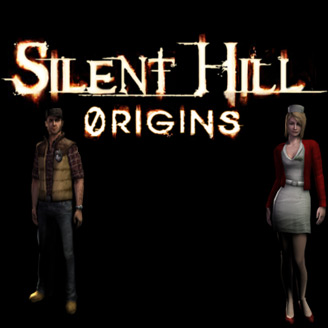 Konami’s popular Silent Hill Origins has returned. But, this time its heading for Sony PS2 consoles. The game happens to be the fifth installment in the Silent Hill survival horror series of games.

Konami had originally released Silent Hill Origins in 2007 for the Sony PlayStation Portable gaming system. The game enjoyed huge success on this platform.

Basically, Silent Hill Origins is the prequel to the first game Silent Hill (1999), set seven years before this game and is meant to explain the entire series’ terrifying town’s creepy story.

The story goes like this. Silent Hill Origins follows a troubled truck driver called Travis Grady, who gets stuck in the terrifyingly foggy town called Silent Hill while making a routine deliver. Soon he discovers that all is not well in the town and that its shrouded streets hide gruesome and grotesque creatures as well as a number of dark secrets.

As he explores the creepy and abandoned town, Grady is faced by crippling memories from his own troubled past. It soon becomes clear to him that he must escape from Silent Hill, while resolving the bad memories that have stuck with him since childhood.

The PlayStation 2 version of Silent Hill obviously offers a much more visually enhanced version of the PSP version. The PS2 version includes a host of new elements that provide the player with an enhanced sense of isolation. Creepy!

The Silent Hill Origins game also has an intuitive ‘Cineractive System’ that allows the players to face down horrifying monsters while the control scheme changes intuitively for each situation.

Moreover, Silent Hill Origins offers gamers an enhanced camera system that actively tracks Travis Grady. And, if that wasn’t scary enough for you, then the Silent Hills Origins original soundtrack which is extremely creepy is sure to freak you out of your skin. This soundtrack was composed by Akira Yamaoka.

According to Hans-Joachim Amann, Head of European Product Management for Konami Digital Entertainment, “It is fantastic to bring the Silent Hill series back to the format that was so integral to its success. Silent Hills Origins is a stunning prelude that explains some of the mystery and mythos of the series, and we look forward to inviting Silent Hill’s many fans back to its doom-laden streets.”

You can expect Silent Hill Origins to be available for the PlayStation 2 console in May 2008.