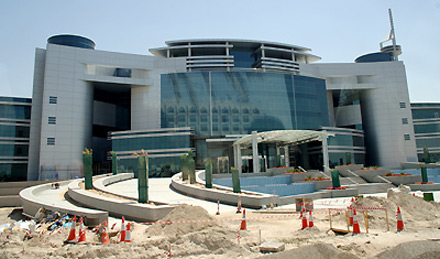 Siemens said that it has outfitted the new police headquarters in Dubai with communications technology, IT infrastructure, software and security technology.

Siemens said it would now be possible for operations supervisors to use the new system to immediately request images when an emergency is reported. Within seconds, the scene of the emergency is shown on a 12 meter wide screen that displays images from security cameras and satellites. The networked cameras provide a 3D view of the entire emirate.

For mission planning, the system automatically recommends which the best routes for fire engines to take, for example, or how the scene of an accident should be secured. This also makes it easier to track down offenders.

All police and emergency services vehicles are equipped with GPS (Global Positioning System) and navigation systems, which mean the supervisors at headquarters, can immediately see which vehicle has the shortest distance to travel to reach the site of an operation. This allows police, emergency medical personnel and fire crews to reach the scene in far less time. Headquarters will have an overview of the whole operation and can coordinate individual patrol cars via radio. With the help of navigation system displays, the drivers can also retrieve information about a mission and keep abreast of developments at all times.

The control center will also simplify security management at large-scale events such as the Dubai Shopping Festival, an annual winter event with special sales and raffles offering large prizes that draws millions of shoppers into the city.

Siemens said the police headquarters is an example of how its various units complement one another in complex projects of this kind and work together to create a complete solution. The telephone systems are provided by Siemens Communications, the hardware and servers with PCs are by Fujitsu-Siemens, and the security-related components are supplied by Siemens Building Technologies.