There are iPhone rip-offs and then there are ambitious manufacturers genuinely interested in giving big names like Apple or Samsung something to think about. Take Kogan for one – after debuting the Agora back in January, they’ve brought out a quad core successor too.

The handset’s appearance has been revamped so that it shows off a curvier form factor. It’s priced at A$199 (or $188) and features a 1.2GHz quad core chip. But it’s not just the processor that has given the specs list a nice refresh. 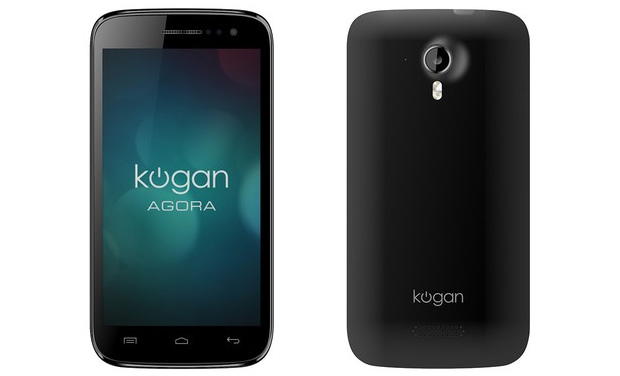 The Android Jelly Bean 4.2.2 smartphone has a 5-inch, 1280 x 720p IPS touchscreen and uses 1GB of RAM. There’s 4GB internal storage and no mention of a microSD card slot, though we imagine the memory should be expandable going by the previous model (pictured below).

The handset can take two standard SIM cards and offers 3G 850/1900/2100 network connectivity. An 8MP camera is perched on the rear panel, while a 2MP one is placed above the display. The phablet works on a 2000mAh battery and will start shipping out starting from October 3. 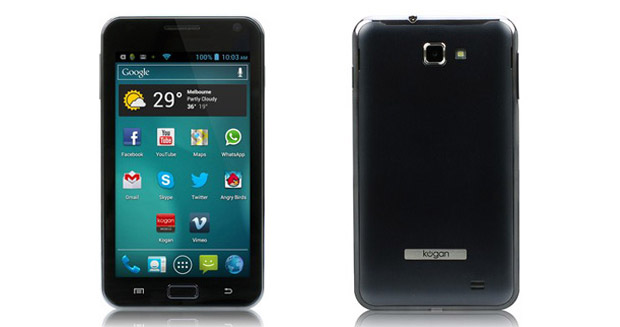 “Some big tech companies think they can launch a phone for the budget-conscious consumer and still price it at over $700. At Kogan, we know better.”

What do you think? Would you prefer the Agora over the Apple iPhone or the Samsung Galaxy S4? It’s not going to win in a battle of the specs, that’s for sure. But if it’s a decently priced, mid-range phablet you’re looking for, it should do.