iPhone SE : 7 Reasons not to buy it

Apple makes great smartphones. It’s not just the hardware; iOS is a slick mobile platform and its app ecosystem is awesome. There were some complaints about the company departing from its ‘one-hand use’ design philosophy when it launched the 4.7-inch iPhone 6. Now it’s back in the 4-inch game with the iPhone SE which costs $399 (Rs 39000) for 16GB.

The iPhone SE is in essence, the 6S packed into the body of the 5S. It’s cheaper than any other Apple handset and has the same sweet 12MP rear camera setup as the 6S. Even the processor it uses is the new 64-bit A9 chip helped along by 2GB of RAM. Apple’s clearly aiming for first time iPhone users and those who miss the 4-inch form factor.

In case you’re migrating from Windows/Android to iOS or are simply thinking of picking up the iPhone SE for its conveniently small form factor, did you consider any of the following points?

If you’re excited about 3D Touch, you can give the iPhone SE a miss as it doesn’t come with this technology. There are various reasons Apple is said to have left it out of the device. Amidst growing unease about the company’s slipping sales in 2016, it’s being claimed that it wanted to keep the cost of the mid-range handset, well, mid-range.

But why did Apple leave it out of the new 9.7-inch iPad Pro? Some think it’s because the technology cannot be scaled up to larger screens yet. Another theory is that 3D Touch did not take off as well as anticipated, making for a frustratingly inconsistent UI in which some apps respond to force-touch and some don’t. 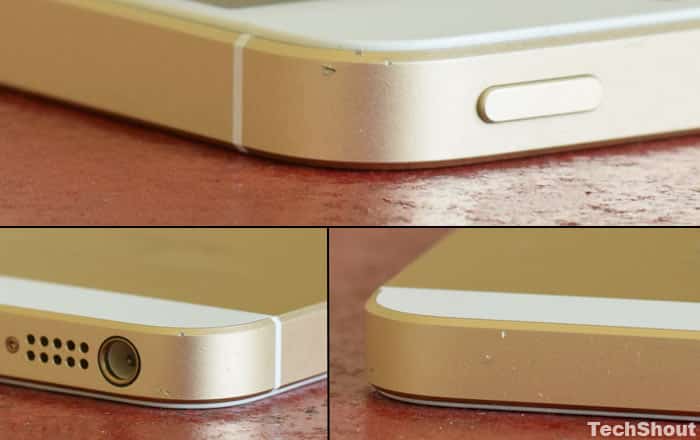 After ten days of use without a case, the iPhone SE betrayed signs of wear. Pictured above are all the scratches which appeared on its surface in spite of the fact that it was never dropped even once. It was never banged down on a table or against any object. And it spent less one hour in our reviewer’s pocket along with a couple of plastic Android figurines.

If you’re buying the iPhone SE with full confidence in the quality of Apple products, take a step back. We know you’re saying, “Don’t use your smartphone without a cover, stupid.” But just compare it against Samsung’s admittedly pricier Galaxy S6 Edge from 2015. We had it for a full year without a case or touchscreen protector on.

It was dropped once every week by yours truly (genetically predisposed to severe butter fingers) and yet all the evidence of roughhousing manifested itself merely in the form of four slightly flattened corners and a 0.75 centimeter crack on the display area near the camera. We wish Apple had built the iPhone SE to be at least half as hardy. 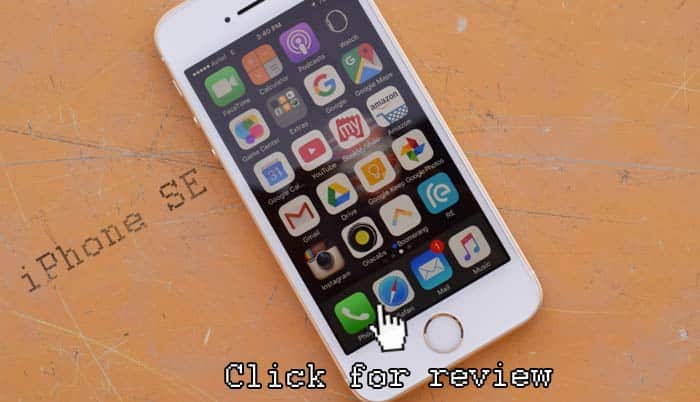 Our own experience with trying to get the lock button of another iPhone model repaired at an official Apple store while still in warranty, was pretty bleak. Not only did the assistant try selling us a new device, we were told the cost of the work needed to be done wouldn’t be covered by the warranty because of some minor scratches on the exterior.

For the first time ever in iPhone history, Apple has released a new iOS handset with nothing new. To clarify – the iPhone 6S and 6S Plus landed with 3D Touch, the iPhone 5S and 5S Plus came with the Touch ID fingerprint sensor, the iPhone 5 introduced a 4-inch screen, LTE, the Lightning connector and so on.

What fresh attraction does the iPhone SE have? Nothing. Nada. Zilch. Tim Cook stuck his hand into the iPhone 5S, wrenched out its guts and packed in most of the features found in the iPhone 6S series. Of course, the front camera is of lower resolution at 1.2MP, the biometric sensor is old and there’s no 3D Touch. 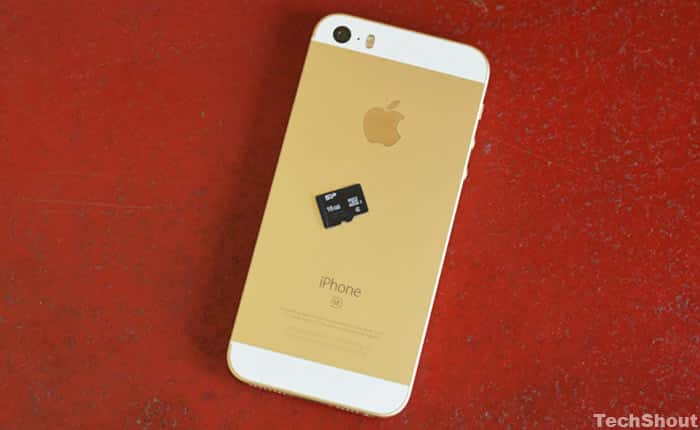 This one probably won’t sound like a biggie anymore since Apple has been committing this crime against hoarders for generations of iPhones. While most phones of note are happy to let users slip in a microSD card for added memory, the iPhone SE will deny you that pleasure.

So you can pay $399 or Rs 39000 for the 16GB base model and keep backing up your photos, videos and other content every time you run out of space, or you could buy the 64GB model and lament the lack of a storage expansion slot between comparably longer intervals of time. 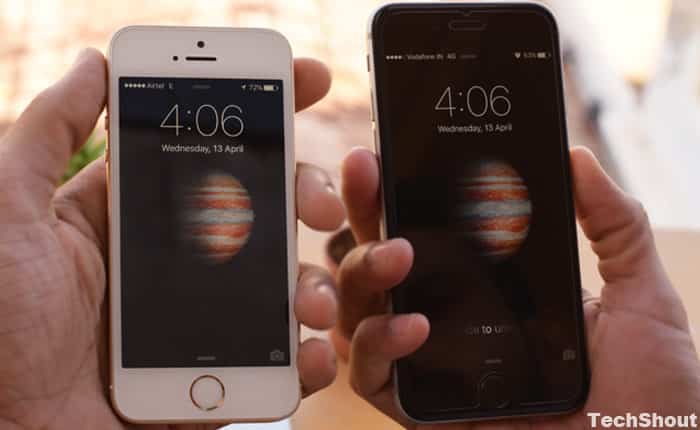 The specifications list of the iPhone SE mentions a 4-inch display. When you buy the device, you’re going in with your eyes wide open. It’s a small 640 x 1136p Retina panel with 326ppi density and IPS technology. While it offers excellent visibility even under bright sunlight, the blacks can seem a bit too bright.

What’s really disappointing is the screen’s tendency to act noticeably unresponsive, after less than a month of use. When we say ‘unresponsive’ we mean that at least once a day, it doesn’t react to our touch when we try opening a random app. A second or third tap is required to do the deed. Issue with our unit, you think?


A lot has been said about how the iPhone SE resembles the iPhone 5S to a fault; it still rankles. It seems lazy on Apple’s part not to deliver any prominent design change along with the new phone. As you know, it harks back to the aesthetics of the 5S and 5. The differences are subtle enough to go unnoticed.

For one, the chamfered edges on the iPhone SE are in a matte texture as opposed to being shiny. The Apple logo on the rear is color-matched to the device. Lastly, the logo is a stainless steel cut-out (as seen in the iPhone 6 series) instead of an imprint. The handset is available in four colors of gray, silver, gold and rose gold. 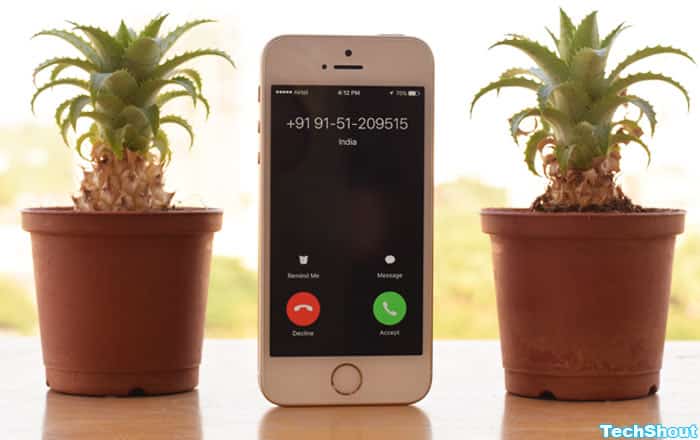 This one’s a case against iOS and not the iPhone SE in particular. It still makes for a valid point because Apple is also targeting developing markets and potential Android deserters with the 4-inch device. If you’ve never used iOS before, prepare to be flummoxed and frustrated at every turn.

How do you go back when there’s no back button? Patience, it takes practice. Why can’t you long-press messages you want to delete? Dunno. Oh, you have to double-press the lock button to dismiss an incoming call! Who would’ve guessed? Can you long-press stuff from the Control Center to get into their settings?

Non. Why are all your WhatsApp images appearing in the same album along with photos taken from your camera? Because that’s how iOS rolls. No one at Apple thinks it should work any other way. Can you at least toggle GPS and mobile data from the Control Center?! Get out of here and go back to Android, you pleb.

All that being said and done with, the iPhone SE does have a lot of pros. Its battery lasts through 12 hours of average use, it’s got an awesome 12MP rear-facing camera with 4K recording, and the latest Apple A9 processor can be found inside. For most people, the decision to buy or not to buy it may largely rest on its diminutive size in the end.