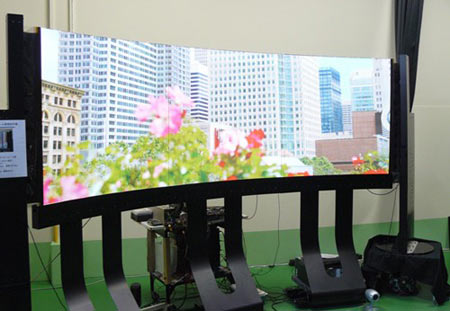 The new display features a resolution of 960×360. Another key feature of the display is that it that weighs an unbelievable 8 pounds, which is almost 10 times lesser than normal plasma displays.

Its flexibility makes the display suitable for advertising purposes. The huge sized display can be seen from a distance too; hence a lesser resolution does not matter.

The price and availability of the huge display has not been disclosed as of now. But hope the display comes not only in Japan but the other parts of the world too.