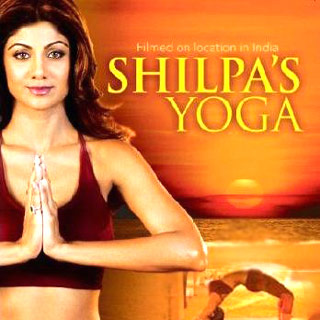 Now you can watch Shilpa Shetty doing Yoga right in your mobile! Really.

While we knew that DVDs and CDs of Yoga instructions by Shilpa Shetty were supposed to come in the market, her foray into mobiles was something that not many have thought of. Well, looks like its time to say thanks to Shemaroo as it will be bringing the actress in the spiritual form to us via our handsets.

Shemaroo Entertainment Pvt. Ltd. Has tied up with different mobile operators and is offering the content of ‘Shilpa’s Yoga’ in a downloadable format.

Mobile operators like Vodafone, Airtel, Tata, Reliance, BPL and Idea are offering the product to their subscribers. The charge for downloading unlimited content of the Yoga in one hour is Rs. 99 for Vodafone subscribers. The price details set by other service providers has yet to be released.

The content of Shilpa’s Yoga is designed especially in manner for consumers to get the most out of it since:

The product claims to provide Yoga in a simplified manner and has been picturised on the beaches of Kerala with “ceremonial elephants and Kalaripayattu fighters in the background.”

The Yoga instructions in the videos are performed under the directions of Yoga instructor Shiv Kumar Mishra and the videos are directed by Manish Jha. The complete package is produced by Shilpa Shetty. The Yoga content in DVD and VCD format was launched in Delhi in June 2006.

Hiren Gada, Director Shemaroo Entertainment, said, “We wanted to give consumers anytime, anywhere access to Shilpa’s Yoga content. The DVD and Digital sales, both compliment each other. Many consumers decide to buy the complete DVD after sampling the videos on their mobile phone. Mobile operators also see value in offering this content to their consumers.”

So be ready to get into the Yoga mode with Shilpa.