Shazam has released an update for its iOS application which brings a completely redesigned interface to the table along with a lot of other improvements. And the developers have revealed through a post on their official blog that the Android version is on its way as well. It should arrive at the Google Play store in a couple of weeks’ time.

Some of the key features of Shazam have been tweaked and enhanced for better functionality. Its social sharing attributes have been improved for all networking sites that the application supports. These include Facebook, Google+, Pinterest, Twitter and WhatsApp amongst others. The app also claims to bring a better lyrics experience and it streams the words on the track page in synchronization with the song. 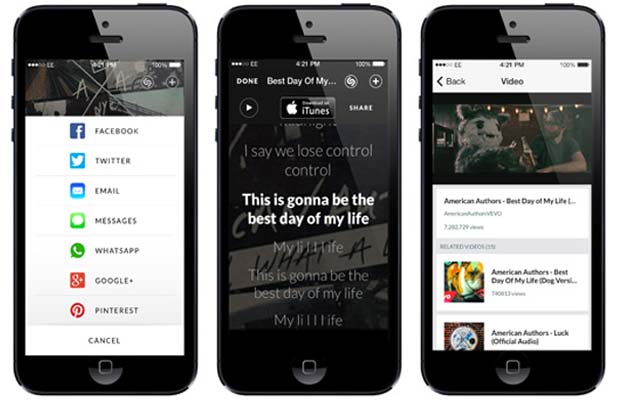 Apart from lyrics, the track page also lets you watch the official videos of songs you like. And on updating the application you will find that the album as well as track review pages have been bestowed with new designs too. Discovering new artists will be a lot more simple, thanks to better Discographies and you can even learn more about them as more engaging Biographies have been added to the music app.

Some tweaks have been made to the streaming options too, and you are now allowed to add tracks from Shazam to your Rdio playlists. Improvements are made to its audio recognition rate and the app now claims to be more battery efficient. Additionally, users in the UK, Germany, Mexico and Brazil can even listen to Shazamed tracks on Deezer.

The Shazam for iOS update has already been rolled out. This app can be downloaded for free at iTunes.