Sharp’s Aquos Phone Xx has the slimmest bezel ever

When companies say edge-to-edge display, they basically mean slim bezels on the sides, but where Sharp’s new Aquos Phone Xx is concerned, the handset has dedicated 80.5% of the front panel to the touchscreen. And like most flagships out there, this one also has a mini version that delivers the same design, hardware and software features in a smaller 4.5-inch footprint.

In dimensions, the Aquos Phone Xx measures 70mm x 132mm x 9.9mm and it manages to accommodate a 5.2-inch touchscreen on the front. The panel is an S-CG Silicon LCD that proffers full HD visuals and owing to the inclusion of the company’s own image processing chip, the color, saturation and brightness can be adjusted for better visuals. 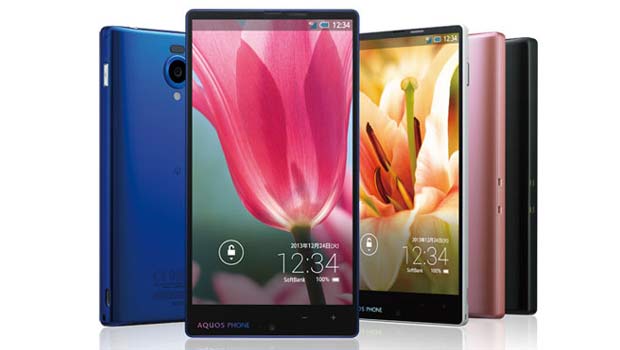 The overall form factor is said to be water-resistant, but there’s no mention as to what extent it can defend itself against liquid. On the rear of the Aquos Phone Xx, a 16.3MP camera has been fitted with an f1.9 lens. The snapper sports a translation tool that can convert English text into Japanese. The smartphone is powered by Android 4.2 and it comes with Hybrid 4G LTE connectivity enabling a maximum downlink of 110Mbps.

Other connectivity options of the smartphone include Bluetooth 4.0 and Wi-FI EEE 802.11 a/b/g/n/ac. The handset is equipped with a Snapdragon 800 SOC clocked at 2.2GHz, 2GB of RAM and 32GB of ROM. Additionally, there’s a microSDXC card slot for expansions and a 2600mAh battery to get things working. The device weighs 147 grams.

As interesting as the Aquos Phone Xx may look, Engadget points out that it isn’t likely to be available globally. The handset is currently scheduled to go on sale via Softbank early December. No price has been mentioned as yet.