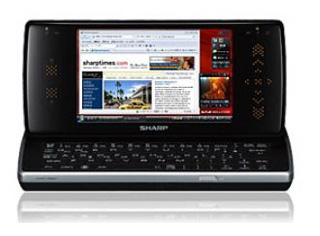 Sharp has announced the launch of a Mobile Internet Device Willcom D4 in Japan. Apparently this is the first device to be equipped with the Intel Atom MID and running Windows Vista.

Moreover the new mobile internet device boasts connectivity options like Wi-Fi and Bluetooth. Also a 2MP camera has been added to the device making it suitable while traveling.