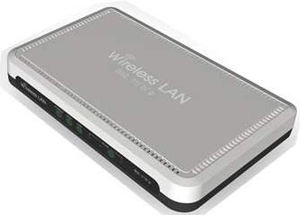 Senao Equipments, providers of wireless solutions has just announced that it has entered into the Indian SOHO segment with the launch of the NSR-1220 Wireless SOHO Router.

According to Mel Sul, General Manager Senao International, “Since last year with the tie-up with Rashi Peripherals, we have seen tremendous growth in the Enterprise wireless segment and now with the entry in the SOHO segment we are keen to broaden our base in India.”

The NSR-1220 is a 2.4GHz 802.11b/g broadband Wi-Fi router that will help users to effortlessly and wirelessly share an Internet connection once connected to a Broadband modem.

The NSR-1220 broadband Wi-Fi router is backward compatible with 802.11b ensuring compatibility with a wide range of wireless devices.

The NSR-1220 broadband Wi-Fi router comes with four Ethernet ports so that users can connect Ethernet enabled computers and devices. Also, as the router is UPnP (Universal Plug and Play) it will help users to immediately start the applications with ease. The in-built firefall will prevent malicious access to computers from the Internet.

Sanjay Aggarwal, Deputy General Manager, Rashi Peripherals, said, “With broadband Internet penetration increasing manifold along with multiple PC and notebook usage, SOHO segment is a huge opportunity and we will go all out to tap the new business opportunity. Apart from the NSR1220 there are a couple of other exciting products to be introduced in the coming months specifically for the SOHO segment.”