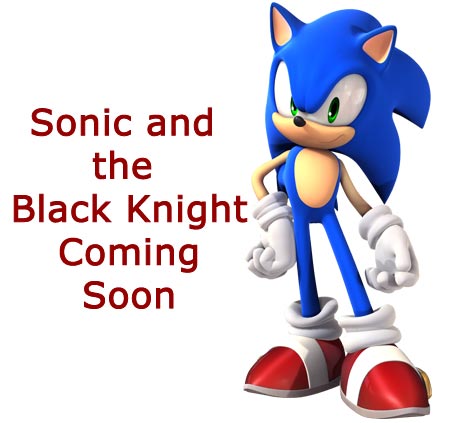 Sega Europe and Sega America has announced to introduce the new Sonic series game for Nintendo Wii. The new Sonic and the Black Knight is a Wii-exclusive game that takes Sonic into the world of Arthurian legend, where Sonic is offered the chance to become a knight.

The new game will take Sonic into the gothic age, where the hero will fight with a sword to aid in his effort to save the day. Sega further claims that the new game features range of appealing characters, which will teach gamers about what it takes to be the ultimate knight. Gamers are assured to enjoy fast-paced adventure featured in the Sonic and the Black Knight.

“After the success of Sonic and the Secret Rings we’re delighted to announce a second title in the Storybook Series,” said Gary Knight, European Marketing Director, Sega Europe, “Following Sonic on his way to knighthood will excite players of all ages.”

The new Sonic and the Black Knight game also takes advantage of Wii’s motion-sensing remote and Nunchuk for a “unique” control system.

Sonic and the Black Knight will be exclusively available for the Nintendo Wii console and is expected to be released by spring 2009. The information regarding pricing is unavailable as of now.