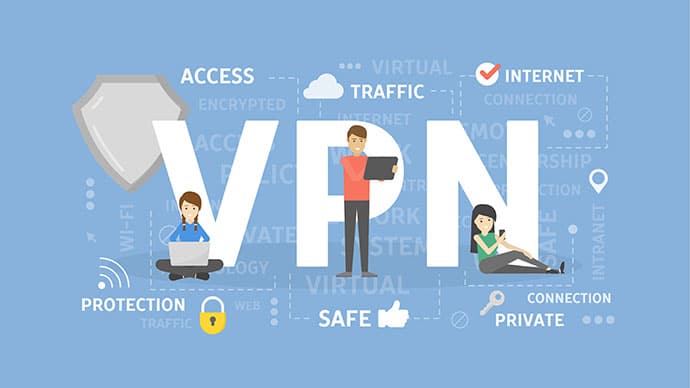 A lot of us use desktop-based VPNs, but digital safety concerns often extend beyond our computers. Comprehensive security is never a bad thing, and cybersecurity technology has only become more accessible—especially for Android owners.

There are a good few reasons to protect your phone with a VPN, even if you’re covered already. We live in a mobile-based world: Everything from email access to restaurant ordering is done via smartphone, leaving a significant amount of information exposed.

Encryption is one of the best ways to safeguard your information—which leading mobile providers provide. This said Apple and Android couldn’t protect their carriers at every turn. 96 percent of people own devices of their own, and a majority utilize them for Internet access throughout the day.

When your mobile device connects to the Internet, prying eyes can’t be avoided. Establishing an active VPN is, in most cases, the only way to be completely anonymous. This also accounts for automated data tracking services, those which persist on most websites we visit.

A VPN, or virtual private network, circumnavigates direct website contact online. Once you’ve connected to one of your provider’s servers, you’ll be rerouted to your destination. This hides your IP address, and it can also be done in any location. Mobile VPNs offer the same protection level as desktop-based VPNs—and they’re provided across just as many servers to do so. In some ways, a mobile VPN is more important than a desktop VPN—and for one big reason: public Wi-Fi networks.

Public Wi-Fi is well-known for its inherent digital risks, as it can’t hide a user’s data behind private network services. Anyone intent on following your digital footsteps can do so, tracking any information you enter onto the touchscreen. A mobile VPN eliminates this threat, however, with two major features.

As mentioned above, encryption is a surefire way to protect your information. It scrambles your data, transforming it into a format that only the digital destination can process. A mobile VPN creates encryption ‘tunnels’ to support the process: These tunnels isolate your data, to hide it from a network’s other users. The tunneling process isn’t exclusively usable in public Wi-Fi networks, either. It can be used anywhere, at any time, and for any reason. Even though public networks are far less secure than private networks, private networks can occasionally pose risks of their own.

As for the digital destination: When using a VPN, the VPN’s server is the first stop. Upon reaching a VPN server, your identity is anonymized. It then exits, taking another digital tunnel, to reach the digital location you browse. In essence, the data sent to a website you’re using isn’t yours. Your mobile VPN serves as a defensive ‘middleman,’ keeping your data from being stolen.

Android phones have become popular for their unrestrictive design: Their software can be modified much easier than their iOS counterparts, allowing users to create custom-tailored apps and web-browsing experiences. Unfortunately, this accessibility level also leaves Android devices vulnerable to attack—as the information they hold is far more accessible.

For this reason, an Android-supported VPN is a necessity. While no VPN is foolproof, using one with encryption services creates a full-fledged mobile security system. It’s important to choose a VPN provider you trust—one which is constantly up-to-date with desktop and mobile technology evolution.

There are a lot of mobile VPNs out there, but some certainly outshine the other. We’ll cover the top three options currently available, as they offer the most features while also being affordable.

As one of the most popular VPNs around, Nord VPN has extended its services to Android carriers. It currently has a cumulative server count of over 5,100, hosting a number of P2P servers as well. Anonymized payments are supported, and users can try out a three-day trial before deciding on a service plan.

The service plan itself, which covers both desktop and mobile software, starts at $6.99 per month.

IP Vanish is another popular VPN among Android owners, available via a seven-day trial with a money-back guarantee. While IP vanish offers a large selection of P2P server options to choose from, it doesn’t support adblocking. However, on the plus side, IP Vanish supports up to 10 user connections—which is more than many other providers.

IP Vanish support, which covers both desktop and mobile software, starts at $3.70 per month.

While encryption and tunneling keep smartphone users safe, it’s important to know why safety is a concern, to begin with. If you’re considering using a mobile VPN yourself, it’s also worthwhile to explore some of the cool benefits a mobile VPN has to offer. Let’s check out both.

Because a VPN server acts as your Internet representative, its IP relocation feature also masks your physical location. Online, a user’s server location defines their demographic data—and this data is often logged by businesses to provide user-specific shopping services. It’s also used by local governments, social media, and other entities.

Most VPNs don’t store a user’s activity logs, either, making every Internet session truly anonymous. For mobile carriers who browse mobile websites throughout the day, safety across numerous Wi-Fi networks can be achieved.

Many of us conduct work beyond the office—and some work on an entirely remote basis. In both cases, business-related information is a major target of malicious Internet-goers, as it tends to be very valuable. The office might capably defend itself against cyber-attacks via advanced commercial technology, but on-the-go smartphone owners aren’t as lucky.

If you’re working remotely, you’ll need a fully secure connection to keep all files hidden. VPN services protect against data leaks of all kinds, which is why they’re also a major cornerstone in commercial cybersecurity foundations.

Mobile devices allow for seamless shopping, wherein geo-location services connect us to our local area’s best shops, products, and delivery options. Even so, the online prices we see aren’t always optimal. Depending on your location, in-store products, airplane tickets, and hotel prices can be misrepresented—often at higher prices than they’re actually available at.

Those who travel encounter this often, as their need for such services is much higher. Hotels and flight providers utilize data trackers to see what you’re browsing—artificially raising prices to create a sense of shopping urgency. It’s a money-making tactic you can avoid, however, by using a VPN. Not only can a VPN relocate your perceived physical location to access true prices, but it can keep your device tracker-free. You’d be surprised how affordable some vocational services can be.

Internet service providers generally care for their clients’ wellbeing, but they’ve been known to use their demographic data for marketing purposes. Even if it isn’t used maliciously, this data can still be masked entirely—and you deserve the right to do so. After all, some ISPs gather, categorize and sell this data to other businesses—those who might not be so careful about its safety.

Because a VPN hides your data regardless of category, it can sidestep your ISP entirely. If you’re an Android user, this is particularly beneficial. Locational data is a primary resource for ISPs, as their services revolve around locational connectivity and persistent coverage. If you happen to use a Wi-Fi network under their name, expect them to take notice. If you happen to be using a VPN, on the other hand, expect them to miss your data. 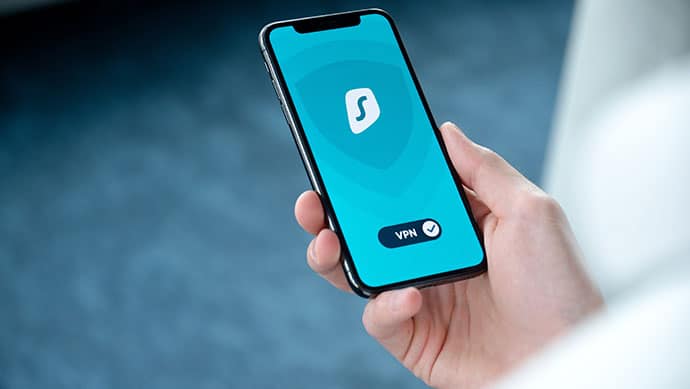 Smartphone VPNs have come a long way, and their providers have accounted for the features unique to mobile devices. The best mobile VPNs encrypt video and voice chat data—like the data processed by FaceTime, Google Hangouts, and Skype. Some even encrypt vocal data passing through Wi-Fi services, keeping the user totally safe from remote hackers and organizations alike.

It’s also comprehensive, as users desiring a more custom-tailored digital shield can select a number of optional encryption protocols. Some VPNs even offer to route diagnostics to keep their users informed about device health, locational protection, and more.

If you haven’t yet, check out some of the VPNs featured in the App Store. A majority allow for quick server-switching, to give on-the-go device-holders instant accessibility to the location coverage they want—and the protection they need. Whether you work remotely, vacation frequently, or simply browse the Internet while out and about, an Android VPN is the way to go.