For the majority of people who didn’t know about Facebook’s utterly redundant email service, one did exist until recently. The company has now axed the feature since it’s clearly not even remotely popular among users.

Facebook email was announced way back in November 2010. Yes, you probably missed the memo because of how unnecessary the service was and continued to be until the social network ditched it recently. Some of us may have only found out about its existence upon coming across a notification about its retirement when logging into our accounts (pictured below).

The networking website had clubbed messages, chats and email under one section to make it easier for users to sift through them. Mails could be sent from Facebook to people who were not using the social network too. Any message deployed as an email would have the sender’s [email protected] showing in the receiver’s inbox. Well, it’s gone now.

In other news concerning the social networking service, the company has just fine-tuned News Feed a bit more. Say, you like or follow Hugh Jackman’s Facebook Page. If Micromax, for whom the actor is currently the brand ambassador, happens to tag Jackman in a post, even those who don’t like or follow the company’s Page but like or follow the Hollywood celebrity, will see the device manufacturer’s update. 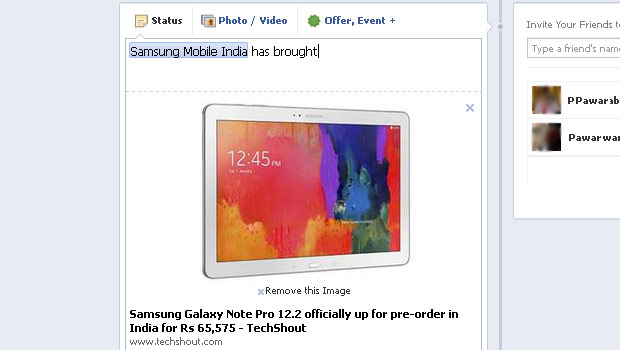 The concerned post will also appear in the News Feed of those who like or follow both mentioned Pages or just the Micromax Page, of course. Individual accounts have been functioning in the same way. If someone tags you in a photo or update, even your pals who are not Facebook friends with that particular person, will be able to see the post in which you’ve been @ mentioned.

Facebook feels this is a better way to increase user engagement by showing them personalized news that may be relevant to them. What do you think?