That the ultra-powerful Samsung Galaxy Tab S tablets from last year will be getting their sequels this year was not a big surprise when news about their apparent existence came out a few days back. But we now have a whole list of leaked specifications of both the upcoming slates.

As we had known, SM-T710 and SM-T810 are expected to be the model numbers of the second-gen Samsung Galaxy Tab S tablets. SamMobile is now reporting that the SM-T710 variant will ship with an 8-inch display, whereas the SM-T810 will grab a 9.7-inch panel. 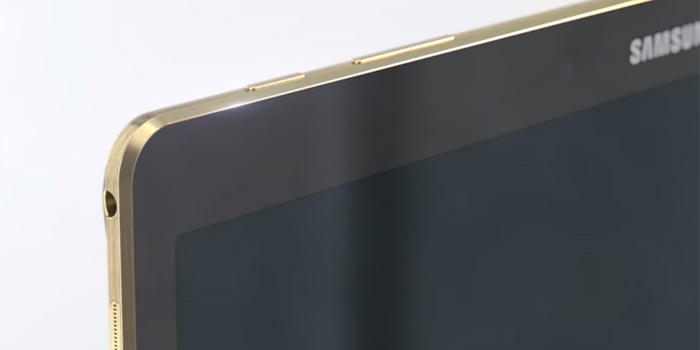 Perhaps taking a cue from the Nexus 9, Samsung has switched to the 4:3 aspect ratio with these new slates, and this is also resulting in a slight change in the screen resolution. The Super AMOLED displays on both these offerings will offer their visuals at 2048 x 1536 pixels instead of 2560 x 1600 pixels.

Also Read: Samsung has just made the Galaxy E5 and E7 cheaper by large margins

It has even come to light that the new Galaxy Tab S slabs will ship with metallic frames and will bear a thickness of just 5.4mm. Apparently, the Exynos 5433 processor will be fueling their operations, but there are high chances that the South Korean giant will replace it with the new 64-bit Exynos 7420 unit before launch.

A clearer look at the leaked specs of the second-gen Samsung Galaxy Tab S range:

The leaks may be strong at the moment, but there still seems to be a lot of time remaining for the second-gen Second-gen Samsung Galaxy Tab S tablets to be unveiled. Let’s see how things shape up from here on.